Ontario’s Superior Court has quashed a proposed class action lawsuit against 16 Ontario auto insurers — a dispute related to insurers deducting HST tax from accident benefits paid out to minor auto accident injury victims — because only the LAT has jurisdiction to hear Statutory Accident Benefits (SABs) claims in the first instance.

In 2014, the Ontario government amended Section 280 (3) of the province’s Insurance Act to read: “No person may bring a proceeding in any court with respect to a dispute [regarding a SABs claim]…other than an appeal from a decision of the Licence Appeal Tribunal or an application for judicial review.”

Based on these words, “in my view, it is plain and obvious that the plaintiffs’ claims against the defendant insurers [in the class action lawsuit] fall within the exclusive jurisdiction of the LAT,” Ontario Superior Court Justice Edward Belobaba ruled in a judgement released July 10. 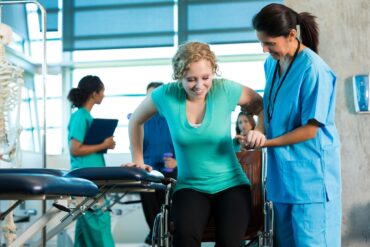 Justice Belobaba’s decision characterizes the allegations contained in the class action, which has now been tossed from court, meaning the allegations have not been tested nor proven.

“At their core, the facts alleged by the plaintiffs in the amended statements of claim are about the insurers’ improper inclusion of HST and their failure to provide the full amount of the SABs to which the plaintiffs were entitled,” Justice Belobaba states in his decision. “The plaintiffs describe the defendant insurers’ ‘wrongful conduct’ as follows: that they ‘did not consistently pay or reimburse [their] insureds for applicable HST and/or included applicable HST in the calculation of the benefit entitlement under the SABS.’”

None of these claims made in the class action suit will be adjudicated in court, the judge ruled. “To repeat what was said by the Court of Appeal in Stegenga: ‘These are matters the legislature has empowered the LAT to decide and has taken away from the court.’”

That the legal action took the form of a class action does not change the fact that LAT has jurisdiction over SABs claims, the court went on to rule.

“Every proposed class action begins with the filing of a single proceeding that must then be judicially certified as a class proceeding with a representative plaintiff,” as Justice Belobaba explained. “Here, for example, Mr. [Bradley] Dorman as the ‘insured person’ has filed a proposed class action against his defendant insurer [Economical] and the defendant regulator [Financial Services Commission of Ontario]. It is this initial and singular filing that is barred by s. 280 of the Insurance Act. The proposed class action cannot proceed because the filing of the initial action is prohibited by statute.”

As a result of the ruling, individual claimants may still pursue their HST claims by way of the LAT. But they will not be able to pursue their claims in court by way of a class action. 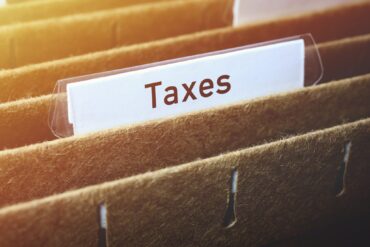 “This means of course that many SAB claimants affected by the insurers’ alleged ‘wrongful conduct’ will not get their day in court,” Justice Belobaba wrote. “Individual claimants with larger SAB claims and thus more significant HST disputes can appeal to the LAT — and some have done so, albeit with mixed results. But in the vast majority of minor injury cases where the disputed HST amounts are generally less than the $100 LAT filing fee, individual claims will not be pursued, and the impugned insurers will arguably be enriched in the millions of dollars. Such is the consequence of the jurisdiction design decision.”

Belobaba went on to observe in his decision that the class action plaintiffs could “take some comfort from the fact that the SAB Schedule has recently been amended so that as of June 3, 2019, insurers can no longer use HST to reduce SAB entitlements or amounts.”

Notwithstanding its ruling in favour of the insurers, the court did allow the class action to proceed against the province’s insurance regulator, FSCO. Essentially, the class action alleges that the regulator failed to act on complaints from consumers about the HST deductions.

“There is nothing in s. 280 of the Insurance Act or in the Court of Appeal’s decision in Stegenga that gives exclusive jurisdiction to LAT over claims of regulatory negligence against a third-party government regulator,” Belobaba observed. “FSCO may well prevail on its cause of action submissions but this is a matter for the certification motion.”

FSCO contends in a court document that there is no cause against it, since no facts have been found about how the insurers actually handled HST in the plaintiffs’ individual SABs cases. Without any such findings, the regulator argues, it’s not possible to say the regulator was negligent or acted in bad faith.

More News
Related
Recurring back pain and auto liability: how this court applied the two-year limit
Does a business have to highlight a waiver of liability to a client?
No, you can’t ram a car in a fit of road rage and collect insurance for the damage
Priority dispute over accident benefits hinges on endorsement