A corporate director can be held personally liable for injuries that happen to employees in a workplace while the director is simultaneously engaged in the work “as part of the business of the corporation,” the Court of Appeal of Alberta has found in a Workers’ Compensation Board (WCB) case. 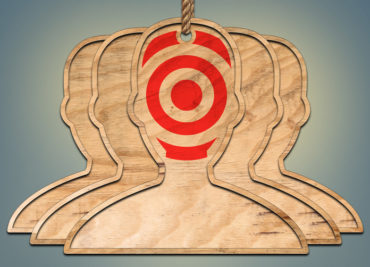 In Hall v. Stewart, released Tuesday, Doug Stewart was director of DWS Construction Limited, which was retained as a sub-contractor by Fekete Homes to construct a new home. A temporary staircase installed into the basement of the home collapsed, causing injuries to employees of a different sub-contractor. Stewart had participated in the supervision and installation of the temporary staircase, the court found.

Both DWS Construction and the claimants’ employer were “employers” under the province’s Workers’ Compensation Act. Under the act, the WCB pays out the claim to the injured workers on a no-fault basis; in exchange, the injured parties cannot sue their employers for compensation.

In this case, the WCB paid the injured workers and then sought to recover its funds by launching a subrogated claim against Stewart, a company director of DWS Construction Ltd. The board contended that Stewart’s immunity from liability for personal injury as a company “director” under the act does not apply if the director “is performing the work as part of the business of the corporation, whether by way of manual labour or otherwise…”

In the lower courts, Stewart successfully had the board’s suit thrown out on summary judgement. Stewart denies any negligence involved in the installation (no court has made any findings of fact on the central claim of negligence). In the alternative, he argued, even if the court did find that he was negligent, it would have been for behaviour committed by him as an employee of DWS Construction, and not as an officer of the corporation. As an employee of DWS Construction, he argued, he would be immune from liability under the Workplace Compensation Act.

The Alberta Appeal Court reversed the summary judgment against the WCB, and ordered a trial.  It found that Stewart’s actions fell within s. 15 of the Workplace Compensation Act, which spells out some situations in which corporate board directors are not immune from liability for personal injury claims. Among them, a director is not immune from personal injury claims if he or she is “performing the work as part of the business of the corporation, whether by way of manual labour or otherwise….”

“Anyone who agrees to install a staircase clearly owes a duty of care to those who are likely to use that staircase,” the Alberta Court of Appeal ruled. “Although [Stewart’s alleged] tort was not at all ‘independent’ of the corporation DWS Construction, the modern corporation was not designed to be a method of providing immunity to corporate actors for this sort of loss.”

The Alberta Court of Appeal went on to observe that additional insurance coverage is available for corporate directors who are not immune from liability for personal injury claims under s. 15 of the Workplace Compensation Act. Stewart did not have such insurance.

“Even if a corporation does not elect to purchase director’s insurance within the workers’ compensation system, general commercial liability insurance coverage is widely available for personal injury and property damage,” the Appeal Court observed. “In assessing whether a corporate representative should be exposed to personal liability for corporate torts, it must be acknowledged that the underlying risk can readily be managed and diverted through the purchase of appropriate insurance.

“Balanced against this factor is the reality that mere employees – unlike directors like (Stewart) – have little control over corporate decisions to insure. Whether [Stewart] actually purchased commercial general liability insurance is not the point; the point is that such insurance was available to him, and if he did not purchase it he must have elected to assume the underlying risk himself. He could not, by his decision, seek to pass the risk of recovery of personal injury damages onto injured claimants like the appellants.”