An Ontario municipality is liable, under the province’s Occupiers’ Liability Act, for injuries that rendered a cyclist a quadriplegic after he fell while riding over a teeter-totter-type obstacle at a mountain bike park, the provincial appeal court has ruled. 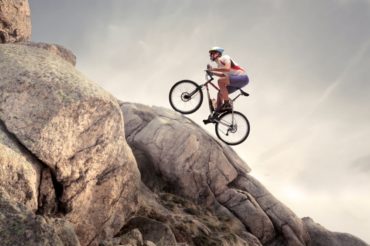 In a decision released Tuesday, the Court of Appeal for Ontario upheld a ruling released Jan. 16, 2015 by the Ontario Superior Court of Justice, in favour of Stephen Campbell, who fractured his C6 vertebrae after falling off his bike at the Bruce Peninsula Mountain Bike Adventure Park.

The Municipal Corporation of the County of Bruce – a largely rural area on the shore of Lake Huron that includes the communities of Kincardine, Wiarton, Port Elgin and Walkerton – was unsuccessful in appealing the verdict in the trial.

Court records indicate that the municipality posted signs warning cyclists “to ride within their ability and at their own risk” and that “a promotional brochure for the Park contained a warning that mountain biking can be risky.”

“Two of the wooden obstacles in the Trials Area were called ‘Pee Wee’ and ‘Free Fall,'” wrote Mr. Justice James MacPherson of the Court of Appeal for Ontario, in its ruling released May 17. “Both were ‘teeter-totter’ type structures. Free Fall was located directly behind Pee Wee so that riders could, but did not have to, try them consecutively a few seconds apart.”

The Free Fall obstacle was designed to let a rider “pedal the bicycle to ascend the wooden plank structure to its pivot point, which was 26 inches above the ground,” Justice MacPherson wrote on behalf of himself, Mr. Justice Bradley Miller and Mr. Justice David Doherty, in the unanimous decision. “At the pivot point, the teeter-totter would dip down and the rider would descend the other side of the plank structure until reaching the ground.”

However, Campbell did not have enough speed to make it over the pivot point. He went over the handlebars, fell and broke his neck.

Section 3 (1) of the Occupiers’ Liability Act states: “An occupier of premises owes a duty to take such care as in all the circumstances of the case is reasonable to see that persons entering on the premises, and the property brought on the premises by those persons are reasonably safe while on the premises.”

Section 3 (2) states: “The duty of care provided for in subsection (1) applies whether the danger is caused by the condition of the premises or by an activity carried on the premises.”

Among other things, the Court of Appeal for Ontario did not agree that Justice Garson applied an “overly onerous duty of care” to the municipality, nor did it agree that Campbell was contributorily negligent.

In ruling the municipality liable, the court cited a Supreme Court of Canada ruling, released June 27, 1991, in Waldick vs. Malcolm.

Norman Waldick sued Marvin and Roberta Malcolm after falling Feb. 7, 1984 on an icy parking area at the home the Malcolms rented, near Simcoe, Ont. Waldick is Roberta Malcolm’s brother. Waldick’s lawsuit against the owners was dismissed but the courts ruled against the Malcolms as tenants. In 1987, Mr. Justice Allan Austin of the Ontario High Court of Justice ruled the Malcolms were liable under the Occupiers’ Liability Act. This ruling was upheld two years later by the Court of Appeal for Ontario and then in 1991 by Canada’s highest court.

But the courts took into account “the weather, the time of year, the size of the parking area, the cost of preventive measures, the quality of the footwear worn by Waldick, the length of the pathway, and the fact that these were rural and residential premises,” Mr. Justice Frank Iacobucci wrote on behalf of the Supreme Court of Canada.

“The mere fact that the alleged custom was not decisive of the negligence issue does not in any way support the conclusion that it was not considered,” Justice Iacobucci added. “After all, the statutory duty on occupiers is framed quite generally, as indeed it must be. That duty is to take reasonable care in the circumstances to make the premises safe. That duty does not change but the factors which are relevant to an assessment of what constitutes reasonable care will necessarily be very specific to each fact situation — thus the proviso ‘such care as in all circumstances of the case is reasonable.'”

In ruling against Huron County in 2015, Justice Garson “considered the knowledge, decisions and actions of the appellant with respect to the design, construction and operation of the Trials Area of the Park,” Justice MacPherson wrote. The Court of Appeal disagreed with the county’s argument that Justice Garson imposed “an incorrect and overly onerous duty of care.”

In the Waldick decision, the Court of Appeal for Ontario cited a ruling – released in 1981 – by the Alberta Court of Appeal, in Preston v. Canadian Legion of the British Empire Service League, Kingsway Branch No. 175.

Dorothy Preston had sued both the City of Edmonton and the Royal Canadian Legion Kingway Branch after slipping and falling in the legion’s parking lot Jan. 26, 1974.

At the time, Alberta’s Occupiers’ Liability Act stipulated that “an occupier of premises owes a duty to every visitor on his premises to take such care as in all the circumstances of the case is reasonable to see that the visitor will be reasonably safe in using the premises for the purposes for which he is invited or permitted by the occupier to be there or is permitted by law to be there.”

One effect of that law was it “now imposes an affirmative duty upon occupiers to take reasonable care for the safety of people who are permitted on the premises,” wrote Mr. Justice Arnold Moir of the Alberta Court of Appeal. “This change is most marked because it does away with the old common law position that an occupier was only liable for unusual dangers of which he was aware or ought to have been aware. Under the old law the occupier could escape liability by giving notice. Now, the occupier has to make the premises reasonably safe. That does not absolve the visitor of his duty to take reasonable care but does place an affirmative duty on each and every occupier to make the premises reasonably safe.”

Alberta’s law was not identical to Ontario’s but “the statutory standard of care required by the two sections is sufficiently similar to make Preston relevant,” Justice Austin wrote in Waldick. He added that a 1983 decision, in Biemann v. Bank of Nova Scotia, by the Ontario High Court of Justice, established that “the statutory standard of care in Ontario has the effect of replacing the common law and places an affirmative duty on occupiers to make their premises reasonably safe.”

Justice Austin noted the Occupiers’ Liability Act was based on a 1972 report by the Ontario Law Reform Commission.

Extracts from that report “emphasize that one of the principal purposes” of the Occupiers Liability Act “was to replace the somewhat obtuse common law of occupiers’ liability by a generalized duty of care based on the ‘neighbour’ principles” established by the British House of Lords ruling, released in 1932, in Donoghue v. Stevenson, Justice Iacobucci wrote in 1991 Waldick vs. Malcolm.

More News
Related
Supreme Court of Canada will not hear appeal from municipality ruled negligent after cyclist breaks neck
Intact must help defend pollution lawsuit due to exception in exclusion for “sudden and accidental” release
Legal victory for insurers, as appeal court upholds waivers
Ontario government pushes for limits on waivers of liability