A judge has denied an application for an injunction that would have prohibited the Toronto Transit Commission from randomly testing 20% of its employees every year for drug and alcohol use. 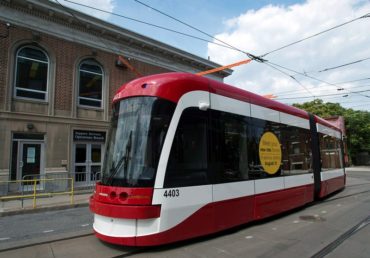 In a ruling released Monday, Mr. Justice Frank Marrocco suggested that if a labour arbitrator were to find that the transit commission’s Fitness for Duty Policy contravenes either the Ontario Human Rights Code, or its Collective Agreement with Local 113 of the Amalgamated Transit Union, that the commission could be on the hook for damages to employees whose privacy is found to be wrongfully infringed.

A union grievance against the TTC’s Fitness for Duty Policy is still subject to arbitration.

“If random testing proceeds, it will increase the likelihood that an employee in a safety critical position, who is prone to using drugs or alcohol too close in time to coming to work, will either be ultimately detected when the test result is known or deterred by the prospect of being randomly tested,” Justice Marrocco wrote.

The TTC’s workplace, Justice Marrocco added, “is literally the City of Toronto and as a result all the people who move about in the City, whether or not they are passengers on the TTC, have an interest in the TTC safely taking its passengers from one place to another.”

Under the TTC policy, “an alcohol test result of .04 blood alcohol concentration (BAC) or higher is classified as a positive alcohol test and constitutes a violation of the Policy,” Justice Marrocco wrote. “So, does a positive oral fluid drug test.”

The cutoff levels, for an oral fluid drug test under the TTC policy, are: 10 ng/mL (nanograms per milliliter) for marijuana, 50 ng/ML for cocaine, opiates and amphetamines; 4 ng/ML for acetylmorphine; and 10 ng/ML for phencyclidine.

“The oral fluid test takes about 5 minutes and involves rubbing something like a Q-tip against the inside of a person’s cheek,” Justice Marrocco wrote. “Unlike urinalysis, oral fluid testing does not pose the privacy issue of having to directly observe specimen collection to prevent adulteration of the sample.”

He added that the “procedures and methods” that the TTC has selected “are minimally invasive and superior to other methods of testing for drugs available on the market.”

The Fitness for Duty Policy originally took effect in 2010. Originally, that policy did not provide for random drug and alcohol testing, Instead, it provided for drug and alcohol testing in cases where there is “reasonable cause,” as part of an investigation into an incident, where an employee is returning to work after either being treated for substance abuse or after violating the fitness for duty policy, or “as a final condition of appointment to a safety sensitive position.”

In 2011, the Amalgamated Transit Union local representing some TTC employees filed a grievance, which went to arbitration. That arbitration is not completed, Justice Marrocco noted April 3, 2017.

The TTC announced in March, 2016 it would hire a third party to “administer and implement random alcohol and drug testing” for its employees.

“Since 2010, when the Fitness for Duty policy allowing for several forms of testing, but not random testing, was implemented, there have been continued instances of impairment while at work,” TTC chief executive officer Andy Byford wrote in a letter to employees in April, 2016. “That is simply unacceptable. How do we not strengthen our existing Fitness for Duty policy with a proven deterrence of random testing?”

In 2014,” there were 16 cases of impairment or refusal to take an impairment test, 30 such instances in 2015 and six from January to the end of March this year,” a TTC spokesperson wrote last year in an e-mail to Canadian Underwriter. It was not clear whether all of those employees were drivers.

Shortly after the TTC announced it would proceed with random drug and alcohol testing, the ATU applied to the Ontario Superior Court of Justice for “an interlocutory injunction restraining implementation” of that testing for ATU-represented TTC employees, Justice Marrocco noted.

If the ATU is successful – in its grievance of the fitness for duty policy currently under arbitration – “the testing and disclosure of the negative result will constitute a privacy violation,” Justice Marrocco wrote. He cited the 2012 ruling by the Court of Appeal for Ontario in Jones v. Tsige, which established the tort of intrusion upon seclusion.

Sandra Jones and Winnie Tsige were co-workers at the Bank of Montreal. Jones was also a BMO customer. Court records indicate that Tsige accessed and reviewed Jones’ bank records on 174 occasions in 2006 through 2009.

Sandra Jones sued Winnie Tsige – a co-worker at the Bank of Montreal – in Ontario. Tsige had accessed and reviewed Jones’ banking records on 174 occasions. The lawsuit was dismissed in 2011 by the Ontario Superior Court of Justice, but that ruling was overturned on appeal, when Jones was awarded $10,000.

The “considerations in awarding damages” in Jones v. Tsige “can be adapted to” the situation of the TTC randomly testing employees “so that a court can calculate damages for wrongfully obtaining breath or fluid samples from employees, should that be the result of the arbitration,” Justice Marrocco added.

He cited case history including the 2013 ruling from the Supreme Court of Canada against Irving Pulp & Paper Ltd., which in 2006 brought in random testing for employees in Saint John, New Brunswick. The Communications Energy and Paperworkers Union (which has since amalgamated with Canadian Autoworkers to form Unifor) Local 30 filed a grievance challenging the random testing aspect of Irving’s policy, but not challenging testing for impairment for cause. A New Brunswick arbitration board allowed CEP’s grievance. That ruling was set aside by the New Brunswick Court of Queen’s Bench, whose ruling was upheld on appeal. But in a divided ruling, the Supreme Court of Canada agreed with the arbitration board, which “concluded that the employer had not demonstrated the requisite problems with dangerousness or increased safety concerns such as workplace alcohol use that would justify universal random testing.”

The Supreme Court of Canada held that random alcohol testing was “an unreasonable exercise of management rights” under its collective agreement.

“The fact that a workplace is found to be dangerous does not automatically give the employer the right to impose random testing unilaterally,” wrote Madam Justice Rosalie Silberman Abella, on behalf of six of the nine Supreme Court of Canada judges, in Irving. “The dangerousness of the workplace has only justified the testing of particular employees in certain circumstances: where there are reasonable grounds to believe that the employee was impaired while on duty, where the employee was directly involved in a workplace accident or significant incident, or where the employee returns to work after treatment for substance abuse.”

Justice Abella noted that with the Charter of Rights, the Supreme Court of Canada previously recognized that “the use of a person’s body without his consent to obtain information about him, invades an area of personal privacy essential to the maintenance of his human dignity.”

In Irving, “the Supreme Court said employers have to show drug and alcohol abuse is a problem,” a TTC spokesperson told Canadian Underwriter in early 2016.

“The evidence satisfies me that there is a demonstrated workplace drug and alcohol problem at the TTC which is currently hard to detect and verify,” Justice Marrocco wrote in his ruling against the Amalgamated Transit Union. “This is factually different from the Irving Pulp and Paper decision where the arbitration board concluded that the employer exceeded the scope of its management rights under a collective agreement by imposing random alcohol testing in the absence of evidence of a workplace problem with alcohol use.”