An insured is not entitled to a bad faith cost award based on his travel insurers’ conduct in settling the claim with foreign medical service providers, so long as the insured is not exposed to pay settlement amounts that exceed policy limits, the B.C. Court of Appeal has ruled.

In securing — in some instances, substantial — discounts on the medical bills from heath care providers, the travel insurers did not specifically tell healthcare providers that the insurer had shifted from an off-coverage position to one where the claims were now insured. (The insurers presumed this was obvious, since they were calling the health network to settle the medical bills.)

The insured, Christopher Stewart, objected to how his insurers negotiated discounts with the health care providers, saying their conduct amounted to negotiating in bad faith on his behalf.

But how the discounts were achieved with the healthcare providers was of no consequence to the insured, the Appeal Court observed. (Stewart passed away in March 27, 2020, after the trial judge issued reasons for awarding punitive damages for bad faith.)

A bad faith award is based on the insurer’s conduct toward the insured, and not the service providers. 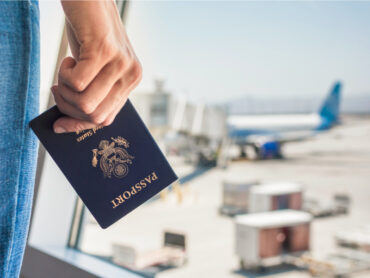 “The fact that Mr. Stewart is disturbed that the people who provided him with excellent care received much less than he thinks they deserve,” is, in my view, irrelevant to what occurred after the [insurers’] reversal of the denial of coverage on Dec. 18, 2018,” the Appeal Court ruled in a complex decision. “That is because the policy specifically provided the Insurers with the right to pay those bills, subject to the policy limits, and it cannot be implied that their right to do so was compromised by what the insured ‘think they deserve…’

“I agree with the insurers that, having admitted coverage, there was no further role for the insured to play in respect of the terms of settlement between the [insurers] and the health care providers, since [the insurers] were the parties paying the accounts, and I would add that the policy limits of $10 million were never in jeopardy. In fact…it was an error of law, in my view, for the [trial] judge to consider Mr. Stewart’s sentiments at all in the circumstances of this case.”

Stewart suffered an accident while on vacation in Reno, Nevada, in 2015. While he was drinking in a bar, he experienced a brief loss of consciousness — known as a “syncope” – which resulted in him falling and hitting his neck. He was hospitalized for 12 days, had a pacemaker inserted, and underwent spinal surgery. He was eventually flown to a hospital in British Columbia.

Before his vacation, Stewart had purchased travel medical insurance underwritten by Lloyd’s and Industrial Alliance. The policy was issued by North American Air Travel Insurance Agents Ltd., carrying on business as TuGo. OneWorld Assist Inc., carrying on business as Claims at TuGo (Claims), administers travel insurance claims and provides medical assistance for insureds, as authorized by the Insurers.

Stewart’s travel policy limits were $10 million. As a result of the Incident, his medical bills were significant. The bills from his hospitalization in Reno amounted to US$293,127.

Initially, in September 2015, Claims denied coverage on the basis that Stewart’s injuries were either directly or indirectly related to alcohol intoxication. Stewart denied he was intoxicated.

At trial, there was conflicting medical evidence about the role of alcohol in the incident. Several physicians made notes indicating alcohol was not a factor; one of the defendant’s own physicians raised the possibility that the incident was caused by bradycardia, meaning a lower-than-normal heart rate, rather than alcohol intoxication.

The trial judge found the records of the insurers showed a “surprising willingness to deny coverage without any adequate investigation.”

Stewart retained a lawyer in October 2016. The lawyer sent a letter to the insurers questioning the blood-alcohol test, and suggesting no causal link between the blood alcohol level and the syncope.

Two years later, in December 2018, after further investigation, the insurers reversed their position on coverage. They then proceeded to contact medical health providers to settle Stewart’s health care bills in the United States for US$56,429 — approximately 20% of the outstanding amount of US$274,052.

In doing so, the insurers received substantial discounts on bills, some of which were settled for well above the 20% norm for discounts.

In one example, the insurers’ log notes indicate the largest of the unpaid healthcare bills, the hospital bill, had originally been sent to a collection agency and returned unpaid a year later. It was then re-sent to a collection agency in the amount of US$53,374, after applying an “uninsured discount” of US$160,122. The account was ultimately settled for US$47,000 — a 78% discount.

But while Stewart didn’t like how the insurers’ negotiated on his behalf, that did not entitle him to a bad faith award, the Appeal Court found.

“In part, the [insurers’] “high-handed,” “shocking” and “egregious” conduct [in Stewart’s words] was directed at the health care providers, not [Stewart],” the Appeal Court ruled. “The judge erred in law, in my view, in essentially ‘piggybacking’ this behaviour to that which she found was directed at the insured — the non-malicious “wholly inadequate investigation,” which formed the basis of the breach of the duty of good faith and fair dealing.

“The focus of a punitive damages award must be the egregious actions of the defendant vis-à-vis the appellant [i.e. the insurers towards the insured].”