B.C.’s Court of Appeal threw out a default judgment against Lloyd’s of London Monday in a case involving the theft of golden eagles used for a charity event. In doing so, the court criticized lawyers for both the claimant and the insurer for waging a six-month legal struggle over a procedural issue.

The appeal court described the conduct of counsel in the case as “unfortunate.” A six-month standoff in communications between counsel for the claimant and the insurer initially led to a default judgment against Lloyd’s.

But a lower court threw out the default judgment, finding that it never should have been sought in the first place. B.C.’s Court of Appeal recently upheld the lower court’s decision in a ruling released Monday.

In Forgotten Treasures International Inc. v. Lloyd’s Underwriters, Ron Shore, the founder and president of Forgotten Treasures International, established and operated an international treasure hunt to raise money for cancer research. The main prize was intended to be an 18-pound, solid gold diamond-encrusted sculpture of an eagle. Shore used the golden eagle and smaller silver eagles during presentations, displays, and events to promote the treasure hunt.

Lloyds was the fine arts insurer, while Hub International Canada West was the broker.

On May 29, 2016, Shore took the eagles to a church in Delta, British Columbia. As he left the church, he was accompanied by a companion, Tanya Merx. 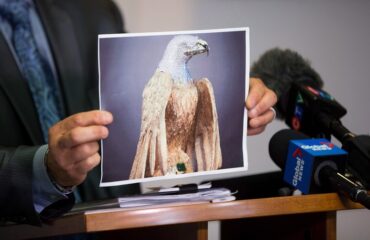 Delta Police Sgt. Brad Cooper holds a photograph of an 8 kilogram solid-gold, diamond-encrusted statue of an eagle that was stolen from Ron Shore during a robbery on Sunday, during a news conference in Delta, B.C., on Monday May 30, 2016. THE CANADIAN PRESS/Darryl Dyck

As described in the appeal court’s decision, Shore “carried the eagles in a knapsack. He appears, based on a statement that was later provided by Ms. Merx, to have accompanied her to her vehicle. He crossed the street to his own vehicle. As he placed the eagles in the trunk of his car, he was attacked by unknown assailants and robbed. The eagles have not been recovered. There is a dispute between the parties as to whether Ms. Merx was at the scene of the theft when it happened.”

Shore reported the theft to the insurer, which denied the claim on Oct. 14, 2016.

The dispute about Merx’s presence at the time of the robbery was relevant for the purpose of determining policy coverage. Lloyd’s denied coverage based on four different exclusions contained in the policy, one being a “two-person accompanying warranty.” This required the eagles to be “in the close personal custody and control of the [insured] and an officer, employee, independent contractor, designated employee or representative of the [insured] at all times….”

Shore filed an action against Lloyd’s on May 25, 2018, alleging a breach of contract and good faith, and seeking coverage under the policy it had been issued.

Counsel for the insurer responded that the insured could not file a statement of defence until it received more particulars about the case, including, for example, evidence of where Merx was at the time of the robbery.

The demand for a statement of defence, and the insurer’s response that it needed particulars first, led to a six-month standoff between counsel that lasted between June and October of 2018. Throughout this period, Forgotten Treasures threatened to obtain a default judgment against the insurer for not filing its application for particulars, while the insurer sought confirmation from the plaintiff that it was not going to seek default judgment.

Finally, the two sides shared their materials on Nov. 27, 2018. The insurer filed its application for particulars on Nov. 8, while counsel for Forgotten Treasurers filed its response on Nov. 28.

Meanwhile, in October and November, counsel for Forgotten Treasures twice sought to obtain a default judgment against Lloyd’s, finally obtaining one in December 2018.

The lower court turned the default judgment aside, and the Appeal Court upheld the decision despite finding that the insurance defence counsel’s conduct was “unreasonable and obdurate.” 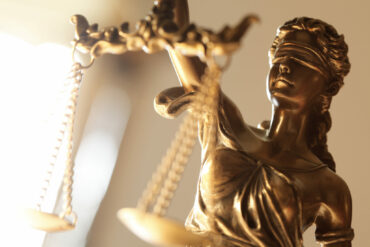 “It is not open to a defendant to unilaterally decide when and how it will advance its defence,” B.C. Court of Appeal Justice Peter G. Voith wrote. “A demand for particulars does not operate as a stay of proceedings or give an extension of time, but a party may apply for an extension of time for serving a responding pleading on the ground that the party cannot answer the original pleading until particulars are provided.”

That said, the court found, counsel for Forgotten Treasures should not have obtained the default judgment when it was clear the two sides were coming to an end to the impasse.

“Importantly, counsel for [Forgotten Treasures] agreed to a date on which the insurer’s application for particulars would be heard, and he delivered a response to that application while he was, at the same time, attempting to file the materials necessary to secure default judgment. There was, in such circumstances, little prospect of concluding that the insurer’s failure to file a response had been wilful or deliberate.”

The Appeal Court also noted that Lloyd’s had a defence “worthy of investigation,” citing four policy exclusions under consideration. Among other things, Lloyd’s relied on a “territorial limit” in the policy that excluded the transit of eagles to and from anything except “shows, exhibitions and media events.”

Lloyd’s contends — and this has not been proven in court — that Shore was attending a concert at a church for personal reasons at the time of the robbery. The insurer also argues that Merx was not “an officer, employee, independent contractor, designated employee or representative of” Shore’s company, as required by the policy’s coverage for transit of the eagle.

Citing these and other legal arguments to be made by Lloyd’s about its policy exclusions, B.C.’s Court of Appeal found that Lloyd’s had a “defensible” case to be made in court, thus the default judgment should be rescinded.

More News
Related
Court ruling in hockey claim could lead to more joint defence situations: legal expert
P&C industry braces for a ‘second wave’ of COVID liability
Why an adjuster’s notes are out of bounds in this subrogation case
Co-operators has no duty to defend a “novel” data policy exclusion: Appeal court