Home insurance can cover damage by a contractor during restoration, court finds

If your client’s house is accidentally damaged by a repair or renovation contractor while it is working on that building, does the home insurance cover it?

Some carriers would say no, but a recent court ruling means exclusions for “property while being worked on” and “faulty workmanship” are not quite as broad as some underwriters intended.

In Monk v. Farmers’ Mutual Insurance Company (Lindsay), released July 19, the Court of Appeal for Ontario upheld a 2017 Superior Court of Justice ruling that more than $100,000 in damage to Diana Monk’s Bracebridge log house falls within the coverage of the all-risk “Security Plus” policy she bought from Farmers Mutual. 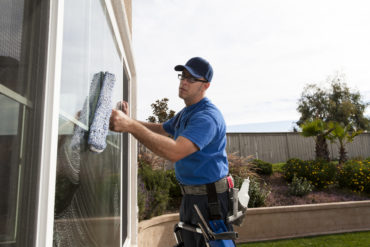 Monk hired a contractor in 2008 to restore the exterior of her home. The work included cleaning, grinding, sanding and finishing the log exterior.

In 2009, she discovered a wide array of damage including stains to carpets, abrasions to windows, as well as windows coming loose in exterior doors. The door frames also became loose, causing the doors to sag and to become difficult to open and close.

A coverage dispute resulted. In 2011 she filed lawsuits against her contractor, broker and insurer.

In denying the claim, the insurer relied on both a delay in notifying the broker of the loss, and on two exclusions.

Ultimately, the court’s July 19 ruling means the claim is not covered. However, it was the timing of the claim — not the exclusions — that kept the insurer off the hook.

Ontario Superior Court Justice Edward Koke in 2017 found that Monk waited at least two years after discovering the damage before reporting her claim to her broker. Monk insisted that she reported the loss in 2009 and not in 2011, as her brokerage reported. But Koke preferred the brokerage’s story over the client’s. His finding was upheld on appeal.

Farmers Mutual cross-appealed without success the finding that the two exclusions did not apply. One exclusion was for “the cost of making good faulty material or workmanship.” The other was for loss or damage to property “while being worked on, where the damage results from such process or work (but resulting damage to other insured property is covered).”

Justice Koke ruled that in interpreting the faulty workmanship exclusion, a court must take into account the reasonable expectation of both the insurer and the insured. “A homeowner expects to be covered for unexpected or resulting damages which are not directly related to the scope of his or her contract with a contractor.”

Monk’s contractor was hired to restore the exterior of logs and board and the batten structure using a wood restoration system. It was not hired to install carpets, replace windows, doors, exterior fixtures or thermal pane glass units, Justice Koke reasoned.

In the “property while being worked on” exclusion, there is an exception for “resulting damage to other insured property,” Justice Koke noted. This means there is coverage for damage not within the scope of work of the exterior restoration contract.

In Monk’s case, the exclusion for “cost of making good faulty material or workmanship” should be interpreted to mean the cost of re-doing the work that Monk’s exterior restoration contractor was hired to do, wrote Koke.

Justice Koke cited Ledcor Construction Ltd. v. Northbridge Indemnity Insurance Co., released in 2016 by the Supreme Court of Canada. Ledcor arose from an office tower construction project in Edmonton in 2001. The dispute was over the interpretation of a faulty workmanship exclusion in a commercial builder’s risk policy. In Edmonton, a subcontractor to Ledcor caused damage to windows while cleaning them. The Alberta Court of Queen’s Bench ruled against the insurers, finding that the damage does not come under the faulty workmanship exclusion. That ruling was initially overturned by Alberta’s appeal court but restored by the Supreme Court of Canada.

1 Comment » for Home insurance can cover damage by a contractor during restoration, court finds