Directors’ and officers’ (D&O) insurers may breathe somewhat easier after a recent Supreme Court of Canada decision that appears to have put the final nail in the coffin of a shareholders’ class action lawsuit that carried the potential to stop the clock on three-year limitations periods.

Insurance Bureau of Canada, representing Canada’s home, auto and business insurers, has expressed concern in the past about the way courts were interpreting Ontario laws that establish a three-year statute of limitations on such lawsuits. Pennyfeather v. Timminco Ltd., now closed by the Supreme Court, raised some doubt on how the established law on limitation periods would be interpreted.

The courts have flip-flopped over the past six years over whether the three-year limitations clock stops running when: 1) plaintiffs’ lawyers tell the court they plan to launch a lawsuit, or 2) when the court actually grants leave to proceed with such a class action. A 2014 Court of Appeal for Ontario ruling in CIBC v. Green held that the limitation clock stops running when a representative plaintiff has “asserted” a cause of action, even if the plaintiff has not sought leave. But the Supreme Court of Canada overruled that decision in 2015, saying that the limitation clock does not stop running until the court actually grants leave to start the lawsuit. 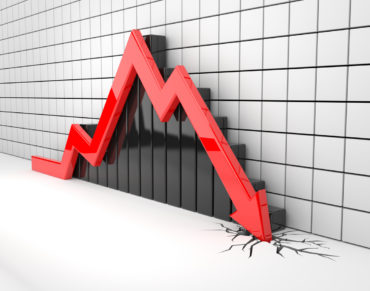 Basically, a series of cases were all being heard by the courts as CIBC v. Green wound its way to the Supreme Court; all of the cases dealt in some way with limitations issue. The Supreme Court’s ruling in 2015 held out the possibility that its decision may not necessarily be applied retroactively to correct previous cases, such as in Pennyfeather v. Timminco Ltd.

The appeal was from St. Clair Pennyfeather, a shareholder of now-defunct Toronto-based metals firm Timminco Limited. Pennyfeather is a representative plaintiff in a class-action alleging misrepresentation; the allegation was never proven in court because the three-year limitations period was ruled to have elapsed. The lawsuit was thrown out of court last year, with more than $120,000 in costs awarded to the defendants, including Heinz Schimmelbusch, Timminco’s former chairman and CEO.

While the Supreme Court of Canada ultimately ruled in 2015 that the class action lawsuit against CIBC could proceed, the ruling was still “generally a good development” for insurers writing D&O insurance, Stikeman Elliot lawyer Alan D’Silva, told Canadian Underwriter at the time. (D’Silva represented IBC as an intervenor in CIBC v. Green.)

The majority of Supreme Court judges in CIBC v. Green found that plaintiffs wanting to sue publicly-traded companies in Ontario, as well as their directors and officers, for misrepresentation in the stock market can only get leave of the court to proceed if they prove there is a “reasonable or realistic chance” that their lawsuit will proceed. This effectively makes it easier for the defendant to have the case thrown out of court.