The Supreme Court of Canada has rejected an argument by Insurance Bureau of Canada that a court should not award damages for psychological or emotional damage unless the plaintiff demonstrates the tort caused a “recognizable psychiatric illness.” 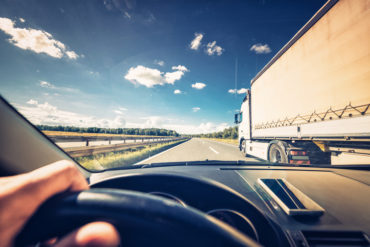 In a recent unanimous ruling in favour of former truck driver Mohsen Saadati, Canada’s highest court suggested that expert evidence, while helpful to a case, is not actually required in determining whether a claimant “has proven a mental injury.”

IBC had intervener status in Saadati’s claim against Grant Moorhead, arising from an accident July 5, 2005 in New Westminster, British Columbia. Moorhead was driving a Hummer that struck a Freightliner tractor-truck driven by Saadati. The Hummer was owned by Able Leasing (2001) Ltd. The defendants admitted liability but argued that Saadati did not suffer any damage.

In 2014, Justice Gordon Funt of the Supreme Court of B.C. awarded Saadati $100,000 in non-pecuniary damages for a psychological injury, finding that the July, 5, 2005 accident caused “psychological injuries, including personality change and cognitive difficulties.” It was the second in a series of collisions involving Saadati. Justice Funt, the trial judge, ruled in 2014 that the July 5, 2005 accident was aggravated by another accident later that month but that a mental injury originally caused by the July 5 accident was “indivisible from any injury” caused by the later accident.

Justice Funt’s ruling was overturned on appeal in 2015, but restored by the Supreme Court of Canada in a ruling released June 2, 2017.

Saadati’s lawyer argued that a trial judge should have “discretion to award compensation for a psychological injury in the absence of a medical diagnosis of one, if the trial judge accepts on the evidence that the negligence of the defendant has caused a plaintiff psychological harm that rises above mere grief or upset.”

But IBC argued, in its factum to the Supreme Court of Canada, that damages should not be awarded for the psychological effect of a tort unless it causes a “recognizable psychiatric illness.”

To do otherwise would “expand the scope of liability in tort law to an indeterminable extend, triggering a reallocation of risk in the insurance industry and higher premiums passed on to insureds across Canada,” IBC argued.

IBC’s argument is “untenable,” Justice Russell Brown of the Supreme Court of Canada countered on behalf of the nine judges who heard Saadati’s appeal.

Related: Courts should not use ‘second-hand lay evidence’ to support damage awards for psychological harm: IBC

“Liability for mental injury must be confined to claims which satisfy the proximity analysis within the duty of care framework, which focuses on the relationship between the parties … and the remoteness inquiry, which asks whether ‘the harm [is] too unrelated to the wrongful conduct to hold the defendant fairly liable,'” Justice Brown wrote, citing the Supreme Court of Canada’s ruling in Mustapha v. Culligan of Canada Ltd., released in 2008. The Mustapha case arose after a plaintiff saw dead flies in a bottle of water.

“Personal injury at law connotes serious trauma or illness,” Chief Justice of Canada Beverley McLachlin wrote in Mustapha. “The law does not recognize upset, disgust, anxiety, agitation or other mental states that fall short of injury.”

Justice Funt of the B.C. Supreme Court noted in 2014 that “the particular medical cause” of Saadati’s “psychological injury is not known” but “the testimony of the plaintiff’s family and friends” led to the court’s finding that there was a psychological injury.

IBC argued that “allowing for highly subjective second-hand lay evidence to support claims for psychological harm would be a ‘risk’ difficult to quantify as a projected premium risk.”

But the Supreme Court of Canada ruled that a trial judge’s inquiry “should be directed to the level of harm that the claimant’s particular symptoms represent, not to whether a label could be attached to them,” Justice Brown wrote.

“Psychiatric diagnoses – like diagnoses of physical illness or injury – can sometimes be controversial even among treating practitioners,” he added.

“While relevant expert evidence will often be helpful in determining whether the claimant has proven a mental injury, it is not required as a matter of law,” Justice Brown added. “Where a psychiatric diagnosis is unavailable, it remains open to a trier of fact to find on other evidence adduced by the claimant that he or she has proven on a balance of probabilities the occurrence of mental injury. And, of course, it also remains open to the defendant, in rebutting a claim, to call expert evidence establishing that the accident cannot have caused any mental injury, or at least any mental injury known to psychiatry.”

While physical injuries are often “objectively verifiable,” Justice Brown continued, the Mustapha ruling makes it clear that “mental injury is not proven by the existence of mere psychological upset.” Therefore, he added, plaintiffs claiming mental injury must demonstrate “that the disturbance suffered by the claimant is ‘serious and prolonged and rise[s] above the ordinary annoyances, anxieties and fears’ that come with living in civil society.”

More News
Related
Courts should not use ‘second-hand lay evidence’ to support damage awards for psychological harm: IBC
Exclusion clause for ‘conversion’ in comprehensive auto policy ‘does not come close’ to being easily intelligible: Court
How legalizing pot will affect your insurance policies
IBC encouraging policyholders to discuss policy limits with insurers as B.C. wildfires continue