Allstate Insurance Company of Canada was not entitled to change the terms of employment of one of its sales agents during a 24-month “working notice” period, the Court of Appeal for Ontario has ruled, reversing a lower court decision that found in favour of the company. 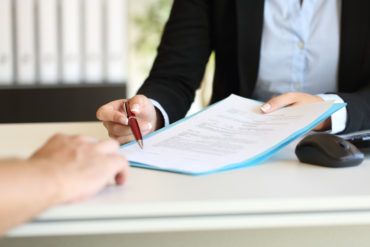 “In the 1997 movie Wag the Dog, the spin doctors hired to get the president re-elected release an ad campaign with the slogan ‘Never change horses in mid-stream,’” Sean Bawden, an employment lawyer at Ottawa’s Kelly Santini LLP, wrote about the case on CanLii Connects. “That idiom serves as a powerful and important reminder for employers that might seek to change the terms of an employee’s employment during a period of so-called ‘working notice.’”

Michael Nufrio was an Allstate sales agent when he received notice from the insurer on July 24, 2007 about fundamental changes to his employment contract. Allstate was restructuring its business model at the time, which affected employment contracts with its agents regarding neighbourhood office locations and compensation.

Nufrio was given “working notice” up to Sept. 1, 2009 about contract terms that would change his compensation structure. Under the new agency model, for example, his income would no longer be based on his own new sales and renewals, but largely on the success of the agency as a whole.  He would receive bonuses relating to the group’s production.

Nufrio accepted the working notice, and indicated that he intended to retire from his employment with Allstate at the end of the notice period in September 2009.

However, “in October 2008, the respondents sought to impose immediate changes to the employment relationship by requiring the appellant to close his neighbourhood office and move to an Allstate operated office by Nov. 1, 2008,” the Court of Appeal for Ontario stated in its December 2017 decision. “The appellant [Nufrio] refused, insisting on operating under the previous agreements during the notice period.”

Allstate terminated its employment contract with Nufrio, saying his refusal was tantamount to insubordination and therefore grounds for dismissal. Nufrio argued that Allstate did not have grounds to terminate his employment, since it was not honouring the working notice period.

The Ontario Superior Court of Justice sided with Allstate in June 2016. “I agree with Allstate’s submissions that it had the right to impose the new terms of employment on Mr. Nufrio because he had reasonable notice that those changes in his employment terms would be made and there is no evidence that he lost any compensation during the transition period,” Ontario Superior Court Justice Andra Pollak wrote for the court. “Further, there is no evidence that there is anything unlawful or untenable about the new terms of employment.”

But the Ontario Court of Appeal reversed the lower court’s decision in December 2017. “The trial judge erred by not addressing the question of whether the change in location, including the change to the business model under the NOA [the part of Nufrio’s original employment contract that deals with office location], could be made by the respondents during the working notice period,” the appeal court ruled. “She also erred by not considering whether the NOA precluded them from unilaterally requiring the changes to [Nufrio’s] business model and location.”