Courts should not use ‘second-hand lay evidence’ to support damage awards for psychological harm: IBC

The question of whether a court can award compensation for psychological injuries in the absence of a medical diagnosis will be considered this month when the Supreme Court of Canada hears an appeal arising from an auto collision near Vancouver. 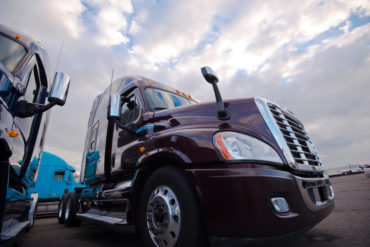 Canada’s highest court announced Monday that on Jan. 16 it will hear an appeal from former truck driver Mohsen Saadati, who was involved in five accidents between 2003 and 2009.

The second accident is the subject of the appeal, in which Insurance Bureau of Canada has intervener status.

It occurred July 5, 2005, in New Westminster, British Columbia. Saadati was the driver of a Freightliner tractor-truck without a trailer. The truck was struck by a Hummer driven by Grant Moorhead and owned by Able Leasing (2001) Ltd. The defendants admitted liability.

IBC supports the 2015 B.C. Court of Appeal ruling, suggesting that damages should not be awarded for the psychological effect of a tort unless it causes a “recognizable psychiatric illness.”

In his 2014 ruling awarding non-pecuniary damages to Saadati, Justice Funt noted that “the particular medical cause of the psychological injury is not known” but “the testimony of the plaintiff’s family and friends” led to the finding. Justice Funt had dismissed Saadati’s claim for $144,000 for past wage loss.

“The evidence upon which the trial judge relied in finding a psychological injury was given by relatives and friends of Mr. Saadati,” wrote Mr. Justice David Frankel of the B.C. Court of Appeal. In its unanimous ruling, the provincial appeal court found that a plaintiff must prove a recognizable psychiatric or psychological condition in order to be awarded damages.

In 2014, the Supreme Court of B.C. found that “during the period from July 5, 2005 to March 28, 2008 the plaintiff had changed from the ‘funny’, ‘charming’ and energetic man he was before July 5, 2005,” Justice Funt wrote at the time, adding that after the accident involving the Hummer driven by Moorhead, Saadati “had cognitive difficulties such as slowed speech” as well as mood swings.

“He was irritable,” Justice Funt wrote of Saadati. “His close personal relationships with his friends and family dissolved.”

Saadati’s lawyer is Dairn Shane of Preszler Law. The B.C. Court of Appeal ruling “stands for the proposition that, regardless of whether a plaintiff proves a psychological harm at the hands of a defendant, compensation can never be awarded, unless there is a medical diagnosis or label as to what that psychological harm is currently called in the medical world,” Shane wrote on behalf of Saadati in his factum to the Supreme Court of Canada.

“A trial judge has judicial discretion to award compensation for a psychological injury in the absence of a medical diagnosis of one, if the trial judge accepts on the evidence that the negligence of the defendant has caused a plaintiff psychological harm that rises above mere grief or upset,” Shane added in the factum.

But IBC suggested in its factum – in support of the defendants – that overturning the B.C. Court of Appeal ruling would “expand the scope of liability in tort law to an indeterminable extend, triggering a reallocation of risk in the insurance industry and higher premiums passed on to insureds across Canada.”

Courts in Canada, Britain, Australia and New Zealand have “recognized that damage for the psychological or emotional effects of a tort are not available unless they give rise to a recognizable psychiatric illness,” wrote Stikeman Elliott LLP lawyers Alan D’Silva and Aaron Kreaden on behalf of IBC in its factum to the Supreme Court of Canada. “Allowing for highly subjective second-hand lay evidence to support claims for psychological harm would be a ‘risk’ difficult to quantify as a projected premium risk.”

One case cited by Saadati was the 2008 ruling by the Supreme Court of Canada in Mustapha v. Culligan of Canada Ltd. The case arose after a plaintiff saw dead flies in a bottle of water.

“Personal injury at law connotes serious trauma or illness,” Chief Justice of Canada Beverley McLachlin wrote in Mustapha. “The law does not recognize upset, disgust, anxiety, agitation or other mental states that fall short of injury.”

The B.C. Court of Appeal disagreed with Saadati’s argument that “the threshold for establishing a compensable psychiatric or psychological injury is lower now than it was before Mustapha,” Justice Frankel wrote.

Another case cited by the B.C. Court of Appeal was Healey v. Lakeridge Health Corp. – over two class-action lawsuits filed against a healthcare organization – released in 2011 by the Court of Appeal for Ontario.

Durham Public Health had notified thousands of people of their potential exposure to tuberculosis after patients tested positive for TB at Lakeridge facilities. Class-action lawsuits alleging psychological harm were dismissed and the plaintiffs lost their appeal. Those plaintiffs “essentially rest their case on the proposition that the Supreme Court of Canada changed, and significantly lowered, the threshold for compensable psychological injury in Mustapha,” wrote Mr. Justice Robert Sharpe on behalf of the five Court of Appeal for Ontario judges.

“As I read Mustapha, (Chief Justice of Canada) McLachlin was simply trying to explain in non-technical language the level to which psychological injury had to rise to be eligible for legal compensation,” Justice Sharpe wrote in Healey. “Had she intended to make a fundamental change to the law, she almost certainly would have discussed the authorities and the policy issues at stake in a more extensive manner.”

In Healey, the Court of Appeal for Ontario “held that” the Supreme Court of Canada’s 2008 Mustapha decision “did not remove the requirement that a plaintiff prove a recognizable psychiatric (or psychological) condition,” Justice Frankel noted in Saadati.

“Given the frequency with which everyday experiences cause transient distress, the multifactorial causes of psychological upset, and the highly subjective nature of an individual’s reaction to such stresses and strains, such claims involve serious questions of evidentiary rigour,” Justice Sharpe wrote in Healey.

In Saadati, the B.C. Court of Appeal also cited the 1953 Supreme Court of Canada ruling in Guay v. Sun Publishing.

In 1948, a Vancouver newspaper erroneously reported that a man and his three children were killed in Ontario. The man’s wife, living in Vancouver at the time, sued the newspaper, claiming the shock from reading the story affected her health.

Three of the five Supreme Court of Canada judges hearing Guay’s appeal ruled against her. Four separate opinions were released, with three of the five judges dismissing the appeal (for separate reasons) and two judges allowing it. One judge ruling against Guay was Justice James Estey.

The medical evidence presented by Guay was “far from conclusive” and did “not establish that the appellant suffered physical illness or other injury consequent upon shock or emotional disturbance caused by a reading of the item in question,” Justice Estey wrote at the time.

“Absent expert medical opinion evidence, a judge is not qualified to say what is, or is not, an illness,” Justice Frankel wrote in 2015 in Saadati v. Moorhead.

More News
Related
Courts can award damages for mental injury without psychiatric diagnosis: Supreme Court of Canada
Exclusion clause for ‘conversion’ in comprehensive auto policy ‘does not come close’ to being easily intelligible: Court
How legalizing pot will affect your insurance policies
Need for building code upgrades ‘did not come about’ due to ice damage: Alberta court