Crawford more than doubles net income in second quarter of 2016 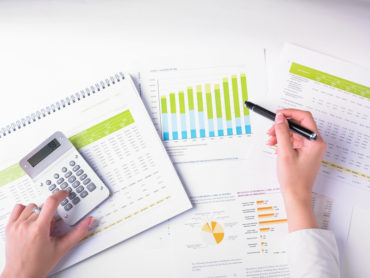 Second quarter 2016 revenues before reimbursements for the International segment totalled US$123.2 million, compared with US$129.5 million in the 2015 second quarter. This decrease was primarily due to changes in foreign exchange rates, which negatively impacted revenues by approximately 5%, or US$6.1 million, in the second quarter compared with the prior year period, Crawford explained in a statement.

Revenues before reimbursements for the U.S. Services segment were US$58.5 million in Q2 2016, decreasing 12% from US$66.9 million in the second quarter of 2015. The revenue decrease was primarily due to a reduction in U.S. Catastrophe Services and a reduction of weather-related case volumes in U.S. Claims Field Operations, partially offset by an increase in U.S. Contractor Connection revenues, Crawford reported.

The Broadspire segment, which offers claim and medical management services, including workers compensation, auto and general liability claims, medical management, and absence and care management, reported revenues before reimbursements of US$75.1 million in the 2016 second quarter, up from US$73.7 million in the 2015 second quarter. The revenue increase was due to increased claims management revenues and higher average case values when compared with the 2015 period.

The Garden City Group, whose services include legal administration for class action settlement, bankruptcy and legal noticing programs, reported revenues before reimbursements of US$25.2 million in the second quarter of 2016, compared with US$34.3 million in the same period of 2015. The expected decrease in revenues was primarily due to declines in volumes associated with certain large ongoing cases, Crawford said in the statement.

Crawford said that it expects to incur restructuring and special charges in 2016 totaling US$15.6 million pretax, comprised of approximately US$5.1 million related to the Global Business Services Center and the Global Technology Services Center and US$10.5 million related to previously announced restructuring plans and other special charges. As a result of restructuring charges incurred for the centers in 2015 and 2016, the company expects to achieve US$10.7 million in savings in 2016.

Harsha V. Agadi, Crawford’s chief executive officer, said in the statement that he is pleased with the company’s second quarter results “as we delivered strong operating earnings growth despite a challenging market environment where revenues contracted due to the continued expected declines in our Garden City Group combined with foreign exchange headwinds from a stronger U.S. dollar. The cost reduction plan that we initiated through last year has positioned Crawford to drive margin expansion and more predictable results even in more difficult markets like what we experienced through the second quarter.”

Agadi concluded that the “second quarter results clearly demonstrate that we are on the road to significant improvement given the great progress that we have made streamlining our operations as we prepare Crawford for both the opportunities and challenges that lie ahead. Looking forward, we are positioning our company to create further long-term shareholder value by focusing on profitable growth and leveraging the company’s numerous global resources.”