Advances in telecommunications, data storage, software and artificial intelligence is making it more difficult to use cost and distribution as a competitive advantage, Google Canada’s head of marketing suggested to Ontario insurance brokers Wednesday in Ottawa. 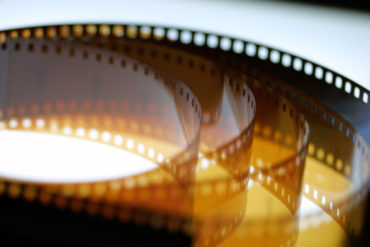 Netflix and Instagram were among the firms that supplanted established industry players such as Blockbuster and Kodak, noted Fab Dolan, head of marketing for Google Canada, during the Insurance Brokers Association of Ontario (IBAO) annual convention.

Kodak had 120,000 employees at its peak, Dolan said during the BIP Talks.

The Blockbuster video rental chain had 9,000 stores at one point, he told IBAO attendees.

“They were able to be supplanted by Netflix – a few folks delivering DVDs in the back of a trailer across the U.S. and became a global empire,” Dolan said. “Why is it that time and time again we see this? There are common refrains.”

At BIP Talks, IBAO holds a series of half-hour talks for which attendees can get Registered Insurance Brokers of Ontario education credits. The IBAO Convention wraps up Thursday at the Shaw Centre near Parliament Hill.

Companies such as Netflix – “think about the world in a different way,” Dolan said at the BIP Talks. “A lot of it is driven by technology levelling the playing field.”

Since 1993, there has been a “rapid rise of connectivity” and soon devices such as refrigerators and even dogs’ collars will be connected to the Internet, Dolan noted.

“In a world where anyone can distribute products, the best way to compete is by innovating to create the most engaging product, because it is difficult to use distribution or cost as a competitive advantage,” he told Ontario brokers.

“We have plummeting storage costs for the data… that we extract and it’s only continuing,” and as well there is an “e­xponential increase in our ability to compute that data,” Dolan said.

Companies today are “able to do much more with data and what is driving it is this in intuitive computing or this rise of artificial intelligence.”