The front end of her car was demolished when she tried to turn left at a busy intersection. She was hit by a driver who was talking on his cell phone while running a red light. 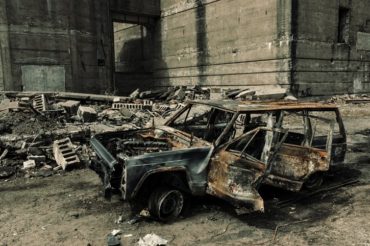 Her vehicle pinwheels into a half-spin upon contact. Jane Doe is taken to the hospital to get checked; fortunately, she will come out of the incident in one piece.

Her car, alas, is another story.

This is the story of yet another total loss. About 17% to 20% of an insurer’s auto physical damage claims each year are total write-offs. For both insurers and drivers, it’s a costly story that doesn’t end quickly or happily. The cycle times are costing insurers – and by extension, consumers – millions of dollars.

Canadian insurance professionals believe it is time to change the total loss narrative. This will be the focus of an investigative series on total loss conducted by Canadian Underwriter magazine over the next three months. Our mission will be to craft an alternate ending to the traditional total loss story – a story that ends one week earlier than it does now.

As it stands now, the plot of the total loss narrative goes something like this:

A tow truck hauls Jane Doe’s car to a salvage yard, where it can sit for days, at a cost to the insurer of $60 per day. Each day it’s there, the insurer may incur an additional $45 in car rental fees for the insured.

Let’s say the insurer pays Jane Doe $12,000 for the auto wreck. For an insurer, the total loss story does not end there. For example, the insurer may incur additional storage yard fees while auctioning off the destroyed vehicle for parts, a process that could tack two more weeks onto the process.

These kinds of costs involved in a total loss are contributing to insurers’ escalating claims costs. During the first quarter of 2018, federally regulated insurers in Canada paid out $535 million more for auto insurance claims than they did over the same period last year – an 16.4% increase.

Obviously, that’s not good for insurers, but it’s also not good for consumers. Why? To stay in the business of protecting drivers, insurers must increase the amount of premium money they collect from consumers to make up for escalating claims costs (total losses being among them). In some regions of the country, brokers are seeing insurers file for rate increases of between 5% and 10%, and sometimes into double digits. Many insurers have told brokers they need more than that to keep up with rising claims costs.

Early in the year, Canada’s two largest auto insurers by market share, Intact Insurance and Aviva Canada, made it known they are looking for ways to determine total losses faster, so that they can cut down on their claims costs – and thus lower premiums for consumers.

In a special, three-part series to run in its April, May and June print issues, Canadian Underwriter will be looking at what goes into a total loss estimate and identifying opportunities for potential cost savings – not only for insurers, but consumers as well. Our special report on total losses in Canada will:

Look for the first part of our total loss series to be published in the April edition of our print issue.