The curious case of who pays for a building flood claim

A negligence lawsuit after a flood—against a company in charge of watching building automation systems—was recently tossed out of court because of the terms of the lease agreement. 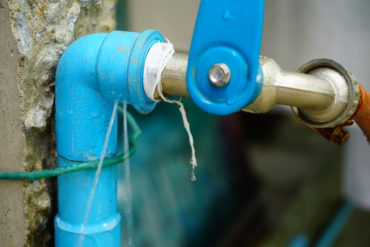 A plumbing firm paid settlements to tenants after a building flood, and then sought to recover the money from the property management firm responsible for overlooking the building automation systems.

The origins of the suit began early in the morning of Feb. 12, 2009, when a leaking pipe flooded the office of Marsh Canada and other companies on the 22nd floor of the TD Canada Trust Tower in Toronto.

Marsh and other tenants settled lawsuits against Centennial Plumbing and Heating Limited, also known as Century Plumbing and Heating. The plumbing firm wanted property management firm Brookfield Properties Limited to reimburse it for the money it paid the tenants in the settlements. Century plumbing lost its case in a ruling released Nov. 21, 2017.

Century Plumbing alleged that Brookfield was negligent in monitoring and/or operating the building automation system. The negligence allegations against Brookfield were not proven in court. The BAS monitors electrical, climate control, ventilation, fire and piping systems, among others.

The lease agreements require the tenants to have “property insurance covering leasehold improvements, along with all property, furniture, fixtures and equipment in the leased premises, on a full replacement cost basis,” Justice Monahan noted. “Conversely, the landlord is required to obtain comprehensive liability insurance covering claims for personal injury and property damage arising out of all operations in connection with the management and operation of the complex, including the common facilities and the building systems.”

Brookfield was considered an agent of the landlord and a “Limitation of Liability Clause” in the lease agreements means that tenants “cannot claim against Brookfield” for their flood losses, Justice Monahan wrote.

“It is a precondition of the right to claim contribution and indemnity that there be liability to a plaintiff,” Justice Monahan wrote. “It necessarily follows that Century Plumbing is barred from pursuing a claim against Brookfield, because Brookfield has no liability to the plaintiffs in the relevant actions.”