Cyber market ‘softer than ever,’ commercial property, general liability rates down in U.S. in Q2: CIAB

Responses from brokers surveyed indicate commercial property insurance rates in the United States dropped an average of 3.6% during the three months ending June 30, with average premium pricing down 1.44% in cyber, in a market that is “softer than ever,” the Council of Insurance Agents & Brokers has reported. 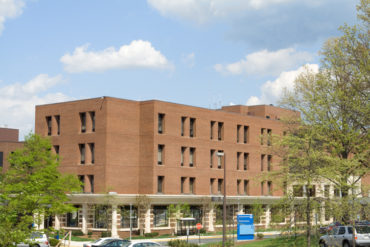 “The cyber market is still in its infancy and a lack of standardization in the market has led to some concerns,” reported CIAB, a Washington, D.C.-based association of association commercial insurance and employee benefits brokerages, in a release Aug. 17.

CIAB released results from a survey sent to about 210 member firms, which CIAB says is “validated by a statistically significant number of responses which represent the brokerages that make up the majority of the U.S. commercial insurance brokerage sector’s market share.”

Respondents were asked how much premium rates changed, between April 1 and June 30, for different lines and for different account sizes.

The average rate change was negative for the fifth quarter in a row, declining 2.8% across all sized accounts, compared to a 2.5% decline in Q1 2017.

On average, respondents reported an average increase of 6.1% in commercial auto rates in Q2 but premiums dropped 3.6% in commercial property and dropped 2.7% in general liability.

There were declines in most lines of business with workers compensation, commercial property and general liability “experiencing the largest rate decreases,” CIAB reported.

Premiums increased 0.2% each in employment practices and directors and officers liability while declining 1.2% in construction and declining 2% in business interruption.

“While recent events such as the WannaCry ransomware attack and NotPetya virus demonstrate a lack of sound cybersecurity practices for companies of all sizes, respondents noted that cyber is ‘softer than ever,’ with average premium pricing rate down -1.44 percent this quarter,” CIAB noted.  “Insufficient actuarial data combined with the risk of an aggregate attack make large-scale underwriting extremely risky, as an attack on a cloud service provider could cripple the industry.”

In addition to providing a breakdown by account size – showing rate changes for large accounts of over US$100,000, medium accounts between US$25,000 and US$100,000 and small accounts – CIAB also broke down the results by the northeast, southeast, Midwest, southwest and Pacific northwest regions.

“While premium pricing in commercial auto continued to go against market trends, most other lines remained soft but appeared to be flattening to some extent,” stated CIAB president and chief executive officer Ken Crerar in a release. “In response to a soft and competitive market, we also saw carriers opt towards improving terms and conditions over dropping premium rates.”

“Respondents are from regional agencies to the largest global brokers, wholesale and retail, whose clients range from small and medium-sized businesses to Fortune 100 companies across all industries.”