Cyberattacks and asset bubble risks top the list of worries for Canadian businesses, according to new survey data from the World Economic Forum (WEF). 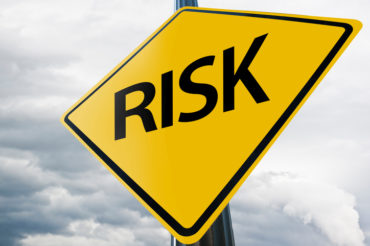 The data – released earlier this week and published by the strategic partners of WEF’s Global Risks Report, Zurich Insurance Group and Marsh & McLennan Companies (MMC) – found that businesses identify economic and societal risks as the most pressing, “with cyber risk becoming more important.”

Data are drawn from WEF’s proprietary Executive Opinion Survey, which asks respondents to identify the five biggest risks to doing business in their respective countries within the next 10 years. In 2017, the survey was conducted between February and June and the business risk question was answered by 12,411 executives across 136 countries, Zurich said in a press release.

Globally, unemployment or underemployment was the top risk facing businesses, Zurich said in the release. This was followed by fiscal crises, failure of national governance, energy price shock and profound social instability. Cyberattacks placed 8th on the list.

Zurich noted that following an increase in geopolitical risk, sometimes fuelled by protectionist policies, business leaders in Europe, South Asia, Latin America and the Caribbean and Sub-Saharan Africa were worried about the potential failure of national governance. In Europe, business leaders added ‘failure of financial mechanisms or institutions,’ to the list of pressing risks. In South Asia, rapid growth in urban centres led executives in that region to highlight ‘failure of urban planning’ and ‘failure of critical infrastructure’ as among the key potential threats to their businesses.

While ‘failure of climate change adaptation’ was identified as the third most pressing risk in Canada, it “elicited very little concern among those deemed likely to pose the gravest threats over the next 10 years,” Zurich said in the release. “Out of the 20 economies we release today, only Canadian executives put climate change in their top risks list, albeit ranking it lower than some other risks.”

As well, the threat of potential terrorist attacks worried executives in the United States, Middle East and Northern Africa, but failed to make it to the top five risks ranking among businesses in the other regions.

“Whilst economic growth and technological developments create new opportunities for business and countries, geopolitical risks and events have led to uncertainties which raise questions about how to manage resilience in uncertain times,” commented John Scott, chief risk officer of commercial insurance with Zurich. “It is essential for businesses to have clear risk management strategies in place, developing options for legal structures and operational choices which take account of uncertain policy outcomes. It’s frustrating and resource intensive, but that’s the kind of strategic thinking business needs, to deal with the uncertainty and to build resilience to the risks that might emerge in different scenarios. Looking at the survey results, it appears that in the medium-term, business leaders are focusing on social and economic risks, but shouldn’t underestimate the potential impact of environmental and technological risks as well.”

John Drzik, president of global risks & digital with MMC, added that “while the fragility of the global economic recovery remains the chief business concern, executives are increasingly worried about the potential for cyber and other technology-related risks to threaten their ability to operate. Business leaders in many of world’s largest economies now rank cyber as their top risk. Companies need to rigorously analyze how these threats could impact their operations and take appropriate risk mitigation and resiliency measures.”

Since 2006, WEF has provided analysis of the evolving global risks landscape in its flagship Global Risks Report. The next edition of the report will be released in January 2018.