Cyberattacks cost large businesses in North America an average of US$1.3 million: Kaspersky

The cost of a cyberattack for large enterprises in North America is US$1.3 million, up from US$1.2 million in 2016, according to a new report from cybersecurity company Kaspersky Lab and market research firm B2B International. 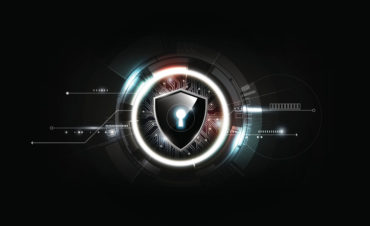 The report, titled IT Security: cost-center or strategic investment? and released on Tuesday, is based on a survey of more than 5,000 businesses across 30 countries, Kaspersky noted in a press release. While the average cost of a cyberattack was US$1.3 million for larger companies, the total impact of a data breach in North America now amounts to $117,000 per incident for small- and medium-sized businesses (SMBs).

But businesses are starting to view IT security as a strategic investment and the share of budgets spend on IT security is growing, reaching 18% compared to 16% in 2016. “This pattern is consistent across very small businesses as well as small and medium-sized businesses,” the release added. In 2016, the main reason businesses in North America wanted to increase IT security budgets was due to new business activities/expansion, but this year the increased complexity of IT infrastructure is driving budget increases.

However, while security appears to be receiving a larger proportion of the IT budget pie, the pie itself is getting smaller. For example, the average IT security budget for enterprises globally dropped from US$25.5 million last year to US$13.7 million in 2017. “This is a concern for businesses, especially given the fact that – unlike IT security budgets – security breaches aren’t getting cheaper to recover from,” Kaspersky said in the release.

In North America, the top financial loss when a data breach occurs stems from additional staff wages need for enterprises (US$207,000), compared to loss of business (US$21,000) and having to employ external professionals (US$21,000) for SMBs.

“While cybersecurity incidents involving third parties prove to be harmful to businesses of all sizes, their financial impact on a company has the potential to result in twice as much damage,” said Alessio Aceti, head of enterprise business division at Kaspersky Lab, in the release. “This is because of a wider global challenge – with threats moving fast, but businesses and legislation changing slowly. When regulations like [the General Data Protection Regulation] become enforceable and catch up with businesses before they manage to update their policies, the fines for non-compliance will further add to the bill.”

More News
Related
One cryptomalware attack can cost a small- or medium-sized business up to US$99,000: Kaspersky
Cybercriminals using DDoS as “smokescreen” for other attacks on businesses: Kaspersky
Beazley, Munich Re cover cyber risk up to $100 million
RSA Canada posts solid underwriting profit despite nat-Cat events in 2016