Cybercriminals are capitalizing on the popularity of blockchain technology by circulating cryptocurrency-themed fraud schemes, according to cybersecurity company Kaspersky Lab’s Spam and Phishing in Q3 2017 report. 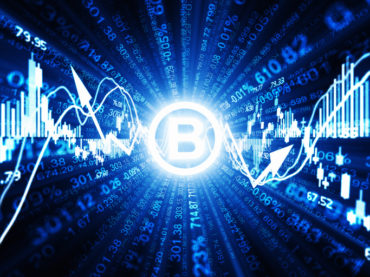 “While cryptocurrency holders search for new investment opportunities and bitcoin enthusiasts look to learn more about the benefits of going cashless, malicious actors are discovering new ways to exploit the cryptocurrency trend,” Kaspersky said in a press release on Friday. “During the past three months, Kaspersky Lab researchers have observed cybercriminals using several successful blockchain-themed tricks to fool consumers and steal their money.”

Fraud schemes based on cryptocurrency trading have also been prevalent over the last quarter ending Sept. 30, Kaspersky noted in the release. In one campaign observed by researchers, consumers receive an email invitation to install special software for trading in the cryptocurrency market. Upon clicking on the links in the message, people are redirected to websites promoting investment options, including binary options trading. Cybercriminals hope that the consumer will be enticed to invest money in these fraudulent websites, Kaspersky explained.

More primitive, but no less effective, tactics used to exploit victims include the distribution of emails offering to transfer money to a specific cryptowallet, promising that the user will receive their money back with interest. Instead, when the consumer transfers money to the unknown wallet, the cybercriminal cashes in, the cybersecurity company noted.

Another fraud scheme observed by Kaspersky Lab researchers during the last quarter aimed to exploit a lack of understanding about blockchain technology. Cybercriminals advertised educational workshops via email that would help consumers enhance their knowledge of cryptocurrency and learn about investment opportunities. People were duped into paying a high price tag for what they believed were legitimate services. Unfortunately, the money ended up in the cybercriminals’ wallets, and consumers never received the promised advice. 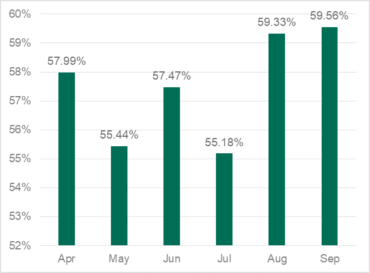 “While in the second quarter of the year we observed the WannaCry spam and phishing attacks, in the past three months we have witnessed criminals actively exploiting the popularity and interest around cryptocurrency,” Darya Gudkova, spam analyst expert at Kaspersky Lab, said in the release. “This once again shows that the most consistent way cybercriminals are targeting victims is by utilizing current trends and cashing in on an emerging market that consumers are still coming to grips with and keen to explore. There is no doubt that attacks in this form will continue, so it is extremely important for everyone to pay careful attention, be vigilant and keep up to date when it comes to global phenomenon.”

Along with the growth of blockchain scams, the average proportion of spam in email traffic increased during the last quarter, to just over 58%. Also, peak spam activity was observed in September (59.56%).

Other trends and statistics from the Spam and Phishing in Q3 2017 report include the following: