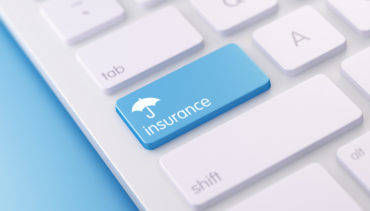 “If you want to do [insurance] as a social safety net, the government must run the system and impose finality [on compensation],” Marshall said, comparing Ontario’s auto insurance regime with Quebec’s. “If you want the private sector to run the system, you have to write a proper insurance policy, not a social safety net. You have to define what kinds of risks are covered by the policy, what are the limits of the payments. Then you can have a proper contract.”

In Quebec, a public automobile insurance plan protects all Quebecers in the event of injury or death as a result of a traffic collision, whereas the private auto insurance system pays for damage to the cars. Under that system, Quebecers paid $642 on average in annual auto insurance premiums as of June 2018 (rates have increased then).

In Ontario, in contrast, private insurers are responsible for paying out first-party accident benefits to injured drivers on a no-fault basis. Injured drivers also have a right to sue their insurance companies or other drivers believed to be responsible for the accident to recover compensation (called the ‘tort’ system). Under this system, Ontario drivers paid $1,445 on average in annual insurance premiums in June 2018.

Ontarians are paying more because of substantial “claims leakage,” Marshall said at the NICC. He said this is the result of a fundamental confusion about the purpose of insurance in Ontario. The accident benefits part of the insurance regime suggests that the goal of insurance is to act as a social safety net.

Marshall noted that standard auto insurance policies often express some variant of the following goal: “Rehabilitation benefits shall pay for necessary expenses…for the purpose of reducing or eliminating the effects of any disability resulting from the impairment, or to facilitate the person’s integration into his or family, the rest of society or the labour market.”

This creates confusion between the insurance company and the injured driver about whether or not the carrier has delivered the product, Marshall said. “I was surprised when I learned, after talking to several major and some not-so-major insurers, that there’s not a single insurer that actually knew when their client recovered from the injury,” he said. “There’s nothing in their records that tells them when the person whom they insure has recovered from their injury. They know when they are in pain, but they don’t know when they have recovered.

“That is a profound misalignment in goals that has persisted for a long time, and it is at the root cause of the problems. They [insurers] don’t know when they have delivered the product.”

Based on the misunderstanding about the social safety net goal, Marshall said, the client will tell the insurer: ‘You are supposed to get me back to my original condition.’

“Who decides when I have come back to my original condition?” Marshall asked. “Well, I do, and my lawyer does. And then we sit down and resolve the problem through cash. It’s a huge inefficiency in the system and at a huge amount of cost. In Ontario alone, I estimate we have spent $1.5 billion on just that discussion.”

The lesson in this, Marshall said, “is that the goal of the government safety social net will work if the government controls the rules. It doesn’t work in a multi-player, private sector environment like Ontario has. You can’t give that authority to the private sector, and so the [Ontario] government has to figure out a new way of creating the right balance between coverage and cost.”