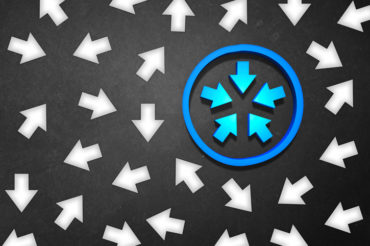 “Slowly but surely, the complexion of the industry is changing and realigning,” wrote Joel Baker, president and chief executive officer of Toronto-based MSA, in the company’s Quarterly Outlook Report Q4-2016.

He cited as an example Aviva Canada’s acquisition of RBC General Insurance Company, completed in 2016. With that acquisition, Aviva has an agreement with the Royal Bank of Canada Insurance in which Aviva Canada provides policy administration and claims services.

In 2015, Desjardins Group closed its acquisition of the Aurora, Ont.-based Canadian operations of State Farm. Desjardins continues to use the State Farm brand in Canada but its property and casualty insurance is now written by Certas. In addition to its p&c insurance, Desjardins also acquired State Farm’s, life, mutual fund, loan and living benefits operations in Canada.

Desjardins’ agreement to sell Western Financial Group to Trimont is subject to regulatory approval and other closing conditions but Trimont and Desjardins said earlier they expect the $775-million deal to close this year.

Officials with Levis, Quebec-based Desjardins “got really serious about making a large acquisition” in 2011 after Intact Financial Corp. announced it agreed to acquire the Canadian operations of AXA Group, said Sylvie Paquette, then president and chief operating officer of Desjardins General Insurance Group, in April, 2015. She made her remarks during a luncheon keynote address in Toronto at the Insurance Institute’s 2015 CIP Society Symposium.

“We are using their brand to access markets that would have been difficult to access otherwise,” Paquette said of Western Financial Group at the 2015 CIP Symposium. “Accessing the broker network with our own product – it is easy to say but challenging to do. It is the potential for growth.”

Paquette has since retired from Desjardins and has been nominated to the board of directors of Intact Financial Corp., whose annual shareholders’ meeting is scheduled May 3 in Halifax.

High River, Alta.-based Western Financial Group was founded in 1996 as Hi-Alta Capital Inc. by Scott Tannas, who was appointed in March, 2013 to represent Alberta in Canada’s Senate.

The brokerage arm of Western Financial Group has 157 office locations and affiliates in British Columbia, Alberta, Saskatchewan, Manitoba and Quebec.

“The original acquisition of WFG by Desjardins was somewhat odd given the disparity in distribution cultures,” Baker wrote in the Quarterly Outlook Report Q4-2016 released April 18, 2017. “True integration never happened and it caused some headaches for the broker community. The sale to Wawanesa made a lot of sense strategically for both companies – though the sticker price was high.”

“For the group, having an agency network that sells more than p&c, that’s really great,” Paquette said in 2015 at the CIP Symposium. “If we had not started talking to State Farm, we would have built our own agency model in Ontario.”