Desjardins General Insurance Group (DGIG), a Desjardins Group subsidiary specializing in property and casualty insurance, has announced a combined ratio excluding market yield adjustment (MYA) of 62.1% for the fourth quarter of 2016, down 25.9 percentage points from 88% in the prior-year quarter. 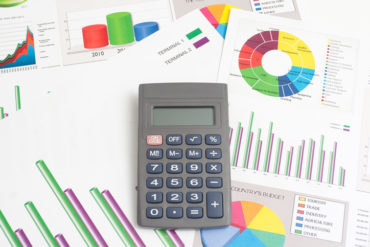 “These solid quarterly results were mainly attributable to the favourable development in loss reserves from previous years, partially offset by amounts owed back to State Farm in connection with the acquisition agreement of its Canadian operations,” Desjardins said in a statement.

DGIG’s direct premiums written (DPW) were $974.9 million in the fourth quarter of 2016, down 1.2% compared to the same period in 2015 ($986.3 million). The drop in premiums was due to rate decreases in Ontario as a result of the provincial government’s June 1, 2016 auto insurance reform, and to the impact of State Farm auto policies that were converted from six to 12 month terms. Those negative impacts were partially offset by organic growth in all regions and lines of business, Desjardins added. DPW for the full year of 2016 were $4.46 billion, up from $4.09 billion in 2015. The 9.1% increase was due to the conversion of State Farm Canada auto policies from six to 12 month terms and to organic growth, Desjardins reported.

“This past year was notable for the number of major events, including the Fort McMurray wildfires, the most expensive insured catastrophe in Canadian history,” said Guy Cormier, chair of the board and president and CEO of Desjardins Group, and chair of DGIG. “In addition, our P&C insurance operations were impacted by severe hail storms in the Calgary area and in Saguenay, Quebec, by heavy rains and flooding in Windsor, Ontario and by numerous other storms across the country. I’m proud of our employees and agents for their committed support of our members and clients through these difficult events, reaching out quickly to help them recover and move on with their lives.”

Denis Dubois, president and chief operating officer of DGIG, added that rising personal auto insurance loss ratios during the year remains a major concern. “Auto results are an issue across the country, largely due to cost inflation,” he said. “Actions by the governments, regulators and insurers will be required to control rising costs and make sure premiums are aligned with costs.”

One highlight of the year, Dubois said in the statement, was the progress made with the ongoing integration of the operations acquired from State Farm. “Many people, including our employees, State Farm agents and partners, contributed to this exceptional work and also to DGIG’s overall 2016 performance for the benefit of our members and clients.”

A subsidiary of Desjardins Group, DGIG is Canada’s third largest provider of property and casualty insurance, the statement said. The company distributes insurance under the Desjardins Insurance, The Personal, and State Farm Canada brands.