Lévis, Que.-based Desjardins General Insurance Group (DGIG) – a Desjardins Group subsidiary specializing in property and casualty insurance – has reported a net income of $12.1 million in the third quarter of 2016 ending Sept. 30, compared to a net loss of $32 million for the corresponding quarter in 2015. 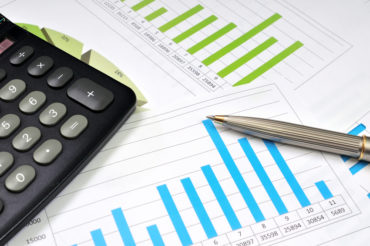 In its financial results released on Monday, DGIG also reported a combined ratio excluding market yield adjustment (MYA) of 88.4% in the quarter, down 4.4 points from 92.8% in the same quarter a year ago. However, the combined ratio performance was partially offset by amounts owed to State Farm in connection with the acquisition of its Canadian operations and arising from a favourable development of the claim reserves transferred to DGIG on Jan. 1, 2015, DGIG said in a statement.

Direct premiums written were about $1.15 billion, an increase of 8% due to the conversion of State Farm Canada policies from six to 12 month terms and to organic growth.

Return on equity (ROE) was 1%, mostly due to continued high auto insurance losses, mainly in Ontario, and to hail and heavy rain in Western Canada and Ontario, DGIG reported. The ROE for the quarter exceeded the -8.6% recorded for the same period in 2015, which was negatively impacted by the decline in financial markets.

“Our results this quarter were impacted by higher auto physical damage losses across the country, largely due to price inflation in auto parts as a result of weakness in the Canadian dollar,” said Denis Dubois, co-chair of DGIG, in the statement. “In addition, the continuing high cost of accident benefits in Ontario remains a concern, despite the government’s recent reforms.”

Dubois said that while the company recognizes that the Ontario reforms were a step in the right direction, “they don’t fully address the key underlying cost issues. More fundamental changes are needed to ensure a sustainable auto insurance product that would provide better price stability to the benefit of consumers and the industry.”

For the first nine months of the year ending Sept. 30, net income was $91.9 million, down from $226.5 million in the corresponding period last year, which benefited from a one-time gain and other non-recurring items related to the purchase of State Farm’s Canadian operations. ROE was 5.3%, with a combined ratio excluding MYA of 96.4%. Direct premiums written were $3.48 billion, an increase of 12.3%, “which reflects both the transition of State Farm auto policies from 6 to 12 month terms and organic growth, the statement said.

DGIG is Canada’s third largest provider of property and casualty insurance. The company distributes insurance under the Desjardins Insurance, The Personal and State Farm Canada brands.