MONTREAL – Security-minded consumers will soon have access to a free app designed to protect their data from cybersecurity threats.

The digital app, called Protection, is designed to help users detect security breaches and scamming attempts in their emails, texts and other apps, as well as give tips to prevent future hacks. 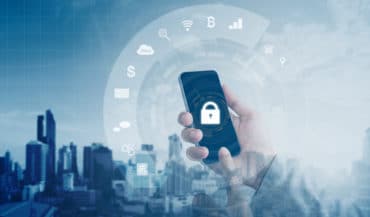 Created by a newly formed cybersecurity collective out of Montreal, the app is the result of a rare collaboration between competing financial institutions.

Desjardins Group, National Bank of Canada and Deloitte say they are creating a non-profit organization called CyberEco to combat identity and data theft.

The three companies as well as security firm RHEA Group say they are investing several million dollars in the project, which includes a new research chair in cybercrime prevention at the University of Montreal funded by Desjardins and National Bank.

Deloitte managing partner Marc Perron says demand for cybersecurity services has exploded as attacks become more common. The Bank of Montreal and the Canadian Imperial Bank of Commerce suffered a data breach last May, and Equifax announced last year that a massive data breach may have compromised the personal information and credit card details of 143 million Americans and 100,000 Canadians.