Despite inflation slowing in December, Bank of Canada still expected to hike rates

In its latest consumer price index released Tuesday, Statistics Canada said the country’s annual inflation rate slowed to 6.3 per cent in December. The deceleration came as the cost of groceries continued to soar and gas prices cooled.

The economist expects the strong December jobs report to push the central bank to raise its key rate by a quarter of a percentage point at its next rate announcement on Jan. 25.

Though headline inflation is cooling, consumers are still experiencing sticker shock at grocery stores. The federal agency said grocery prices were up 11 per cent in December on an annual basis, a slight improvement from 11.4 per cent in November.

Charbonneau said as agricultural prices have come down, economists were hoping to see that translate to a more noticeable slowdown in grocery prices, however that hasn’t happened yet. 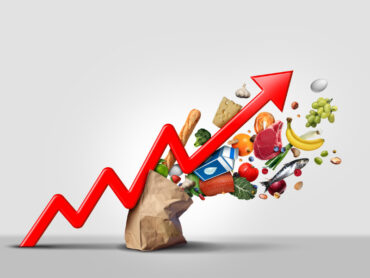 “I think what’s going on here is that a lot of what we buy in stores is heavily transformed. And there’s been pressures all along the (supply) chain,” she said.

Meanwhile, Canadians saw some relief at the pump last month, paying 13.1 per cent less compared with November. The federal agency said the price of crude oil dropped amid concerns of a slowing global economy.

December’s deceleration was also offset by increases in mortgage interest costs, clothing and footwear, and personal care supplies and equipment.

As economists try to parse out the direction inflation is headed in, many will be analyzing core inflation closely, as it tends to be less volatile than the headline measure.

“While the direction of inflation is at least mildly encouraging, there’s nothing in this report to keep the Bank of Canada from hiking rates another 25 (basis points) at next week’s policy meeting,” Reitzes said.

As it gears up for its imminent interest rate decision, the Bank of Canada will also be looking at its preferred measures of core inflation, which edged down slightly last month.

The central bank has been aggressively raising interest rates since March, hiking seven consecutive times in response to decades-high inflation. Its key interest rate is currently 4.25 per cent, the highest it’s been since 2008.

Although it signalled last month a willingness to press pause on its aggressive rate-hiking cycle, most commercial banks are expecting the Bank of Canada to raise its key interest rate by a quarter of a percentage point next week.

That would bring its key interest rate to 4.5 per cent, the highest it’s been since 2007.

Though much of high inflation has been driven by energy prices, the Canadian economy saw a broadening of inflation pressures in 2022.

Grocery prices were up 9.8 per cent, marking the fastest pace since 1981.

Snarled supply chains contributed to rising prices for products, with durable goods up 6.2 per cent. The cost of services also climbed as the economy reopened, with prices up five per cent.