How IT developers will change the way you do business

A daring group of developers came up with a new approach to technology development 17 years ago, dubbed ‘agile.’

The process grew popular in the startup world; it was soon embraced by mainstream leaders around the globe, including by those in the insurance industry. Today, in a parallel universe, some companies are embracing a new business process methodology called continuous development. 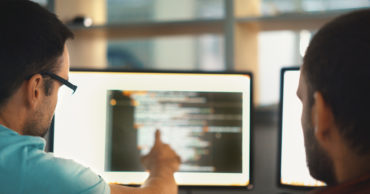 “Once again, it has started in the bowels of technology companies and startups,” wrote Jeffrey Bussgang and Samuel Clemens in a blog Friday in Harvard Business Review. “And, once again, business leaders would do well to pay close attention to the strategic implications.”

Like agile, continuous development began as a software development methodology. Rather than improving software in one large batch, updates are made continuously, piece-by-piece, enabling software code to be delivered to customers as soon as it is completed and tested.

Bussgang and Clemens said organizations that can successfully implement continuous development throughout their organization will find “dramatic strategic benefits,” including:

Of note is that when Facebook was founded in 2004, the company embraced the agile software delivery methodology to ensure that code was shipped as quickly as possible. But by 2016, the engineering team struggled to support the scale of the weekly releases, which involved an unwieldy 8,000 to 14,000 software changes and took up to 14 hours to deploy to production.

In 2017, Facebook transitioned to a continuous delivery model. By August of that year, it took an average of 3.5 hours for an engineer’s code to be deployed in production; the company hoped to reduce that figure to two hours in 2018.

“Business executives at companies large and small would be wise to embrace this new methodology and even push their organizations to adopt this more flexible, powerful technique to develop technology products,” the authors wrote. “The insight here for business executives is that continuous delivery is more than just an obscure software development methodology being discussed in the bowels of your IT department. It represents an important competitive advantage and cultural weapon in the battle for talent and customer loyalty.”