The board of directors of Peace Hills Insurance announced on Monday that Diane Brickner has agreed to serve as interim president and chief executive officer of the company, effective immediately. 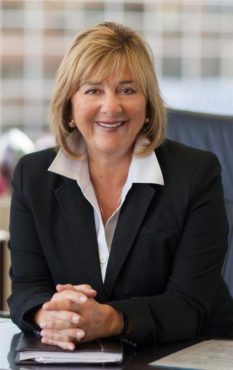 Brickner replaces Gene Paulsen, who has announced his retirement from the company, Peace Hills Insurance said in a press release. Brickner will serve on an interim basis until a replacement is confirmed.

“We are delighted that Ms. Brickner, who previously served as president and CEO of the company, has agreed to assume these duties while the board completes their recruitment process,” said Pat Buffalo, Peace Hill’s chairman, in the release.

Samson Cree First Nation Chief Kurt Buffalo said that, on behalf of the First Nation, he wanted to thank Paulsen for his services “over the past number of years. With Diane’s unique experience we know the exciting future of Peace Hills General Insurance will continue to grow and prosper,” he added.

In June, 2014, Canadian Underwriter reported that then-president Brickner would be retiring and succeeded by Paulsen as of Jan. 1, 2015. Brickner has worked with Peace Hills since its inception in 1982. She was the first general manager of the company, and then in 1990, became the first female president of an insurance company in Canada. She oversaw the company’s expansion into all provinces and territories west of Manitoba.

Peace Hills Insurance is a general insurance company wholly owned by the Samson Cree First Nation, and has been insuring western Canadians since 1982. The company employs over 200 staff who serve over 478 broker offices across British Columbia, Alberta, Saskatchewan, Manitoba, the Northwest Territories, Nunavut and Yukon. Among other products, the company offers car, motorcycle, collectors vehicle and recreational vehicle insurance. It also offers homeowners, condominium, tenant, rented dwelling and seasonal dwelling insurance, along with commercial auto, commercial property and farm coverage.