Statistics from Manitoba Public Insurance (MPI) show a definitive link between the lifting of COVID-19 public health orders and an increase in serious collisions and fatalities on roads in the province.

New stats released Tuesday by MPI appear to show that lockdowns correlated with the increased risk of serious injuries and fatalities on the road. In the late summer of 2020, the number of serious injuries and fatalities involving motor vehicle collisions spiked during the months that public health orders were loosened between the first and second waves of the pandemic, MPI said in a press release Tuesday.

In the months of August and September 2020, for example, when lockdown restrictions were eased, 29 people were killed on public roadways, MPI reported. This is a 79% increase compared to the previous five-year (2015-19) average of 16 fatalities during these two months. 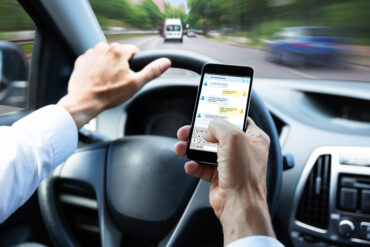 “MPI has shared this data with police agencies throughout our province and they indicated they are prepared to address this potential increase in high-risk driving behavior in a proactive manner,” MPI’s chief customer officer, Satvir Jatana, said in the release. “While we are all looking forward to getting back to regular summer activities with friends and family, we can’t forget about road safety. The increases in deaths and serious injuries we saw last summer can be avoided if we all commit to making better choices behind the wheel.”

Similar to findings in other jurisdictions, MPI also found instances of speeding significantly increased in Manitoba in 2020. Last year, more than 500 speed-related serious offence notices (SONs) were forwarded to MPI from law enforcement, a 60% increase from the previous year.

Speed infractions of 50 km/h or more over the limit are one of several offences that must be reported to the Registrar of Motor Vehicles immediately after a driver is charged. After receiving the SON roadside, drivers are given five business days to contact MPI to schedule a show cause hearing.

About 90% of drivers who attend these hearings have their driver’s license suspended. The length of the suspension is determined by the person’s previous driving history and circumstances of the SON.

On average, 20 people in Manitoba are killed annually in a speed-related collision. The majority of serious collisions can be attributed to high-risk driving behaviours, including speeding, impaired driving (involving alcohol or drugs), and distracted driving.