Did the threshold for special awards against insurers just sink lower?

A recent decision of the Licence Appeal Tribunal (LAT) concerning an ice fishing accident in Ontario shows that insurers cannot simply rely on the opinions of medical assessors when determining a claimant’s needs, according to one insurance defence lawyer. 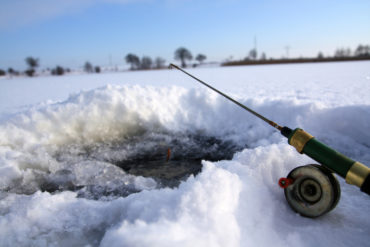 In Malitskiy v. Unica Insurance, LAT’s adjudicator found that the insurer in a catastrophic impairment case, Unica, should have considered all relevant medical evidence and followed up with its medical assessor for clarification of the claimant’s needs. By failing to do so, the LAT adjudicator ordered a special cost award against Unica amounting to 25% of the portion of the attendant care claim that it denied.

Alon Barda of Rogers Partners LLP, which was not a party to the case, deemed the special award against the insurer to be “highly questionable.”

“Insurers are not medical experts,” Barda wrote in a blog about the case for Mondaq. “An insurer should be able to rely on the expertise of assessors who conduct benefit-specific assessments, including occupational therapists who complete a Form 1, which is a detailed document.

“There was no evidence that the insurer withheld relevant medical documentation from the assessors. However, based on the decision of the adjudicator, it seems that insurers should confirm that assessors are asking all the appropriate questions that may arise from the medical evidence available, and to ensure that the response to the benefit at issue includes consideration of the file in its entirety.”

On Mar. 16, 2014, Sergey Malitskiy was ice-fishing with some friends on Lake Simcoe when their vehicle hit a pressure crack on the lake and flipped over, ejecting its passengers. Malitiskiy suffered a brain injury and multiple fractures including to his cervical spine and wrist. He was airlifted to Sunnybrook Hospital. Later, it became apparent that the accident had also caused nerve damage in his shoulder as well as cognitive and emotional impairments. One of his friends died in the accident.

Unica deemed Mr. Malitskiy to be catastrophically impaired due to a brain injury as a result of the accident on Feb. 2, 2017. Unica’s own assessors also concluded that Malitskiy had a marked impairment in adaptation, and a 63% whole person impairment.

Occupational therapists working with Malitskiy after the incident recommended, among other things, an attendant care benefit of $6,000 per month, and a rehab benefit of almost $345,000 for home modifications, including the installation of an elevator in the home.

Unica paid out a portion of these benefits. But its medical assessor’s recommendations differed from those of Malitskiy’s occupational therapists on the following points:

LAT’s adjudicator, Nidhi Punyarthi, found Unica’s denial of these portions of the claim to be “unreasonable,” meriting a special award against the insurer. He noted that Unica’s assessors had already granted that the claimant was catastrophically impaired due to a brain injury, with a marked impairment in adaptation and a 63% whole person impairment. He said the insurer should have followed up with its own assessor to ensure that the right questions were being asked about meeting Malitskiy’s fictional needs, and not just his physical needs.

“The position taken by Unica with respect to the attendant care benefit and the home modifications amounted, in my view, to an unreasonable withholding or denial, when the medical evidence, including evidence from Unica’s own assessors, supported Mr. Malitskiy’s need for these claimed benefits,” Punyarthi wrote in his decision. “I find Unica’s partial denials of these benefits to be imprudent, inflexible, and immoderate.”

1 Comment » for Did the threshold for special awards against insurers just sink lower?