Five former directors and officers of a Vancouver-based mining firm can be sued personally in Ontario by shareholders alleging the firm misrepresented financial statements.

The Supreme Court of Canada announced Thursday it will not hear an appeal, from SouthGobi Resources Ltd., of a Court of Appeal for Ontario ruling released Sept. 18, 2017. 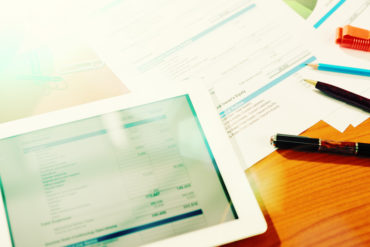 SouthGobi – which mines coal in Mongolia – issued in 2013 a release re-stating revenues from previous years. Its share price then dropped about 18%.

Allegations of misrepresentation have not been proven in court. In 2015, Justice Edward Belobaba of the Ontario Superior Court of Justice ruled that shareholders should be granted leave to sue SouthGobi as a corporate defendant. The case is proposed as a class action lawsuit. The representative plaintiff is shareholder Paiman Rahimi.

When a company subject to Ontario securities law experiences a sudden drop in its stock price, its directors and officers are at risk of being sued by shareholders. This can cost the firm’s directors’ and officers’ liability insurer a lot of money.

When shareholders sue companies in Ontario court for misrepresentation, they first need to obtain leave of the court. The intent of that “leave test” – which has been subject to debate in numerous court cases – is to prevent frivolous claims from forcing insurers to settle.

In Rahimi v. SouthGobi Resources, the plaintiff was initially denied leave to name six individuals – including two former chief financial officers and three former members of the audit committee – in the lawsuit. The lawsuit against former Southgobi CEO Alexander Molyneux, who lives in Taiwan, “has been adjourned until he has been properly served,” the Court of Appeal for Ontario noted last year.

Initially, the lower court had ruled that Krepiakevich and O’Kane – former chief financial officers of SouthGobi – could not be sued due to the defence of “reasonable investigation” under the Ontario Securities Act. Justice Belobaba also ruled in 2015 that there was “no linkage” between Deepwell, Lebel and Lancaster (then on the audit commitee of the board of directors of SouthGobi) and a November, 2013 press release. But the Court of Appeal for Ontario found that the three directors  “failed to correct what they now say was false material information.”

To not give the plaintiff leave to file a class-action against the individual directors and officers is “inconsistent with the public policy animating the secondary market cause of action and with the fundamental policies underlying securities regulation, including protection of the investing public and maintaining the integrity of the capital markets,” Justice William Hourigan of the Court of Appeal for Ontario wrote in 2017. “At the heart of the submissions made by SGR and the Individual Respondents is the rather remarkable proposition that they should be permitted to evade a potentially meritorious action at the leave stage because they previously made material misrepresentations during a restatement process about their company but they are now telling the truth about the same issue.”

More News
Related
Judges at odds on liability of directors and officers in shareholders’ lawsuit
Exclusion clause for ‘conversion’ in comprehensive auto policy ‘does not come close’ to being easily intelligible: Court
Allied World board members concerned in 2016 with ‘protracted negotiations’ with un-named prospective buyer: SEC filing
Why this insurer is ‘shrinking’ its D&O liability business