Do your insureds understand a “material change in risk”?

It’s not necessary for an insurer to prove that an insured knew a change in risk was “material” to the carrier, the Supreme Court of British Columbia has ruled.

In May 2014, Wawanesa Mutual Insurance Company voided a homeowner’s policy based on a failure to disclose a material change in risk. The reasons cited included failure to disclose a legal medical marijuana grow operation and an upgrade to the property’s electrical system from 200 to 400 amps in about 2012, Justice Margot Fleming wrote in the Feb. 19 decision. 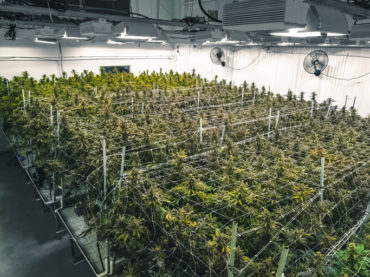 On Jan. 21, 2014, a fire destroyed the upper storey of a large outbuilding on the property of Bob Schellenberg and his wife in Chilliwack, B.C. The lower storey contained a medical grow-op of over 500 marijuana plants licensed by Health Canada.

The homeowners acknowledged they did not notify Wawanesa or their brokerage, Hub, of the grow operation or the electrical upgrade. They also claimed they did not recognize the grow operation was an insurance risk. The homeowners further argued Hub’s broker failed to “ask the right questions” and ensure they had adequate insurance coverage during the renewal process, claims the Supreme Court of B.C. dismissed.

Wawanesa and Hub denied liability, saying the insureds were solely responsible for their lack of coverage. Both argued the grow operation and upgrade were material changes in risk that should have been disclosed.

Justice Fleming agreed. “Clearly, the magnitude and complexity of the grow operation installed in their outbuilding was a significant change, very far from an ordinary use of the property, and certainly more unusual than the presence of the shop which Mr. Schellenberg did disclose,” she wrote. “The suggestion Mr. Schellenberg never considered the grow operation relevant to their insurance is simply not believable.”

The ruling discussed in detail what is meant by statutory condition 4 outlined in Section 29 of the Insurance Act in B.C. It describes a material change in risk as follows:

Justice Fleming concluded the term “knowledge of the insured” is ambiguous. “Ultimately, I have determined that it is unnecessary to resolve whether statutory condition 4 requires the insurer to prove the insured knew, either objectively or subjectively, the change in risk was material to the insurer,” she wrote. “Based on my assessment of the evidence, I am satisfied not only that the Schellenbergs ought to have known the presence of the grow operation in the outbuilding was material to the risk, but that Mr. Schellenberg actually did know.”

In dismissing the claims against Wawanesa and Hub, the court noted every year before the policy expired, Hub sent its customers a reminder letter, which provided examples of material changes (such as starting a home-based business/farm use or renovations/alterations to the building). Justice Fleming believed the letters were not read, and the insured argued none of the examples of material change would have led him to call Hub about the grow operation.

Even without reading them, Justice Fleming wrote, Schellenberg “knew he had an obligation to notify Hub or Wawanesa of significant changes to the property or its use because changes in risk could effect both their premiums and coverage. This awareness led to his previous inquiry about whether there would be coverage if he worked for others on the property.”

In regards to the claim that Hub breached its duty of care, Justice Fleming said that “in light of the information he did provide and the surrounding circumstances,” it would not be reasonable for the broker to have asked about the presence of a grow-op or changes to the electrical system.

More News
Related
How legalizing pot will affect your insurance policies
After a seven-year, $33K insurance settlement, claimant disputes his $5K legal bill
Your landlord agrees to insure the property. Why the landlord can still subrogate against you
When ‘residence employee’ is key in home insurance wording