Does a business have to highlight a waiver of liability to a client?

A flood in an Alberta community centre flood has once again raised the legal issue of whether a claimant is obligated to read a commercial services contract thoroughly, or whether the defendant is obligated to highlight any waiver of liability to the claimant. 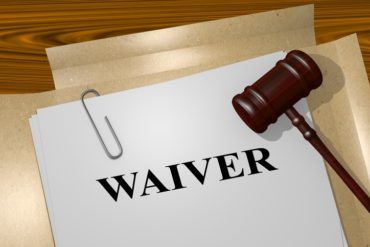 The Bragg Creek Community Association hired Tyco Integrated Fire & Security Canada Inc. in April 2015 to conduct the annual inspections of the community centre’s fire suppression equipment, including a dry line sprinkler system. Tyco quoted a price of $2,298 for all fire related inspections, including the dry line system. The association’s facility director, Luanne Murphy, signed a contract with Tyco to perform the work.

Within the contract, two paragraphs above the signature block, the following statement appeared in bold capital letters: “ATTENTION IS DIRECTED TO THE LIMITATION OF LIABILITY, WARRANTY, INDEMNITY AND OTHER CONDITIONS CONTAINED IN THIS AGREEMENT.”

The limitations on liability were spelled out in various sections of the contract. As the Court of Queen’s Bench of Alberta summarizes them: “Essentially, customers are told to get their own insurance and should something go awry, customers are able to claim back from the company only the fees paid to the company whether for monitoring or for inspections. The parties advised that the community association did carry insurance.”

In the community centre’s main claim against Tyco, which the court has not yet heard, Murphy alleges that when she signed the document, Tyco did not explain the nature of their inspection, the significance of the pitch of the pipes, or the importance of obstruction testing. “This could become important, as it is alleged that Tyco left water in the dry lines and they ultimately froze, burst and flooded the community centre,” the Court of the Queen’s Bench for Alberta wrote in a recent decision. “Those details are not in evidence before this court, as they are for another day.”

Summarizing the evidence, the court noted that the contract Murphy signed was a standard commercial contract between two commercial parties, although the document was not easy to read. It was not known until the hearing, for example, that Ontario law governed the contract.

Murphy, who signed the document on behalf of the community association, had completed a program in recreational facility management. Not only did she review the document, but so did her supervisor and the board. There was no evidence that there was any rush to sign the contract and it was apparently left with the community association to be sent back at a later date.

On the other hand, the court noted, “it is unknown if Tyco explained the contract in any way, but it is unlikely that the limitation of liability provision was drawn to Ms. Murphy’s attention by Tyco’s representative.” That said, the court noted, a notification of a limitation on liability was provided in capital letters just over the signature block, and the actual clause was found in very small font on one of five double-columned pages.

Ultimately, the court found that Tyco had no obligation to bring the waiver to the attention of the association. The onus was on the association’s representatives to read the contract carefully.

“In my view, the law of Ontario mandates that in the facts of this case the onus was on the community association to read the document, or to question Tyco if it wanted to further understand what it was signing,” wrote J.B. Hanebury, Master at the Court of Queen’s Bench of Alberta. “It did not do so and therefore it is bound by the exclusion clause. Its liability for the loss is therefore limited.”

More News
Related
Supreme Court to determine fate of Lloyd’s payment in $5.6-million shipping loss
Top court won’t hear appeal of controversial waiver decision
Your landlord agrees to insure the property. Why the landlord can still subrogate against you
Why this ski resort’s waiver argument doesn’t cut it with appeal court