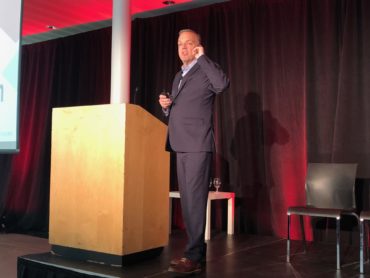 So you’ve just installed this new digital doodad to make your customer’s life easier – great. But did you inadvertently just make things more frustrating for your client?

Warren Lederer, chief operating officer at Madison Advisors, which works in the customer communications management space, told attendees of the Insurance-Canada.ca Executive Forum in Toronto recently that insurers rush to get new technology options out to their clients, but their internal systems are still too antiquated to create a well-rounded customer experience.

That can actually make things worse for clients.

Lederer gave the example of an experience with his daughter. He lives in New Jersey while she attends university in Virginia. She was in a minor car crash. Thanks to innovative digital technology, she was able to file a claim through an app on her phone. She filed the claim and thought that was a great experience. The insurer was probably patting themselves on the back for it as well, Lederer said.

Another happy customer, right? Not for long. The cheque for the claim wasn’t mailed to his daughter – it came to Lederer’s home in New Jersey. So he had to mail to her. His daughter then had to pick it up at the mail centre on the other side of the school’s campus.

“I get this email: ‘Why do we do business with this company, dad? This is the worst. Don’t they know I have to study?'” Lederer said.

Those warm feelings from sending the claim digitally? Gone.

So here’s the issue: Companies feel they’re doing a good job by thinking that the creation of a digital tool will appease the tech-savvy world consumers live in. “But do they really look at the entire process?” Lederer asked. How effective is the new tech when it is fed into a legacy system that can only resolve the issue through physical means?

Companies have to make sure they are looking at the introduction of new tech from the vantage point of consumers, Lederer said. “Understand the steps required to interact with your company,” he encouraged. “A lot of companies don’t realize what it takes to be a customer.”

He suggested companies journey-map the process; in other words, create a representation of a customer’s experience with the company. Part of that process is understanding where you go wrong with the customer experience.

Lederer cautions companies against showering love on a prospective client until that prospect is converted to a customer – and then the customer becomes a policyholder number.

As Lederer put it: Once the prospect has signed up, letters go from being addressed to ‘Mr. Joe Smith’ to ‘Dear Valued Policy Holder.’

When preparing for a digital transformation, a company should be asking why it’s doing it. If the answer is, “Because everyone else is doing it,” then the company is off to a bad start, said Lederer. “You really have to look at defining what the business ‘Why’ is.”

Lederer recommends against pursuing The Grand Idea that takes two years to pull off. People can lose interest, lines can move and markets can change. “We highly recommend moderate change at a steady pace,” he said. “You need to keep delivering changes.”

One key thing he stressed was to not be cavalier about digital transformation. Don’t treat it like it’s just another file on someone’s desk. Create a team from all point of the business, from operations to shared services. “Take them away from their day jobs and give them empowerment,” Lederer said.

Failure to do so means the goal won’t be reached. Even if they eventually do, “it’s late and costs more than anybody envisioned,” he said.