The downside of being an insurtech trailblazer

The spectre of a Netflix-esque disruption of the property and casualty insurance sector is producing mixed reaction among Canadian executives.

The Canadian P&C sector “may be” disrupted in a manner similar to how Netflix disrupted the movie rental industry or how Uber disrupted the taxi industry, said Urs Uhlmann, chief executive officer and country manager for commercial insurer and reinsurer XL Catlin Canada.

“My maybe is probably closer to a maybe not,” Uhlmann told a few dozen industry professionals Wednesday during the Property Casualty Underwriters Club CEO Luncheon. 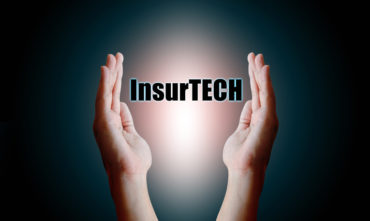 Government regulators are a “very unlikely ally buying us some time,” against a tech behemoth eating the industry’s lunch, Uhlmann suggested.

In Canada, regulations stipulate include how much capital insurers must hold on their balance sheets and the licensing criteria for brokers and agents, among others. Anyone selling insurance without a license can face hefty fines. In certain provinces, there are restrictions criteria insurers can use to set auto insurance rates.

Regulation “buys us a little bit of time” to compete with a potential disruptor to the industry, suggested Uhlman, a former CEO global corporate for Zurich Canada.

“Not that we shouldn’t be worried about it,” Uhlman added during the PCUC luncheon, held about a block north of Toronto City Hall at the Hilton.

“I disagree a bit with Urs on this one,” said Louis Gagnon, president of Canadian operations for Intact Financial Corp.

“I wake up every morning in fear,” Gagnon quipped during the PCUC luncheon panel. “Every morning I wake up and I think it’s the last day we are going to do business.”

If you run an insurance company or brokerage, “you have to run your business always expecting the worst, always thinking that the worst is going to happen, making sure you are taking the measures to do the stuff that will change your business,” Gagnon told luncheon attendees.

The third panelist had some words of caution for brokers and carriers thinking of investing in the latest and greatest technology.

“Being the trailblazer and fast to market with everything is god-awful expensive,” said Adam Mitchell, principal of Whitby, Ont.-based Mitchell & Whale Insurance Brokers Ltd., which uses chatbots to generate quotes.

Mitchell cited examples both in an outside the industry. His non-insurance example was the Sony Walkman, ubiquitous in the 1980s. Mitchell notes the Walkman portable radio and cassette player is “now gone” from the mainstream.

Within the insurance industry, Mitchell pointed to Sonnet, the direct-to-consumer arm of Economical Insurance. Company-wide, Economical reported a loss of $93 million in 2017 and a combined ratio of 113.7%. Economical said 11.1 points of its combined ratio was attributable to spending on strategic investments such as Sonnet.

“Sonnet had an amazing e-commerce thing – it was going to be this, that and the other – and it cost a bucket load of money,” Mitchell said Wednesday.

Economical invested in Sonnet because it is “necessary for our future,” retiring Board of Directors member Gerry Hooper told Economical mutual policyholders May 6 during the firm’s annual meeting in Kitchener.

But Mitchell suggested Wednesday that being a “fast follower” and “immediately aware” of how technology can be used in insurance “is more important than blowing through the doors on a revolutionary thing.”

1 Comment » for The downside of being an insurtech trailblazer