Driver assist technology: is it really just another distraction?

Vehicle safety technology may actually be contributing to distracted driving, although that’s likely to be a short-term trend, says Michel Martineau, vice president of claims at Desjardins Insurance. 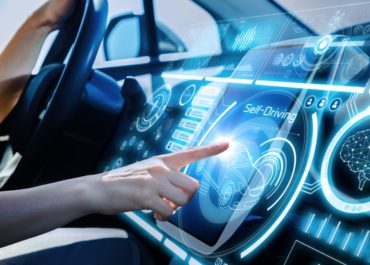 “I think people have a high degree of confidence in safety features that can maybe lead them to be not as aware of their surroundings and as careful with driving,” Martineau told Canadian Underwriter. “It’s more difficult for us to evaluate, because we can’t track it, but it is something that can happen.”

Martineau said drivers can over-rely on their vehicle’s safety features — for example, by using a rearview camera for backing up, instead of using it in conjunction with rear view and side mirrors.

“I don’t think we can make a direct link between distracted driving and safety features, but of course if people are so attached to that hub of interaction, that (could be problematic),” Martineau said. “Maybe there is a lack of education around how we should behave with the safety features and how we should use them.”

Martineau made the comments upon release of national survey results in which 3,050 Canadians were asked for their thoughts on driver-assist technologies and distracted driving. The survey was conducted on behalf of Desjardins Insurance.

Before 2015, safety features like rearview cameras and lane departure warning systems were reserved for new, high-end vehicles, Martineau observed. Fast forward to 2019, and those same features are present in most new cars.

“We are seeing an increase in claims costs around the same timelines,” Martineau said. He noted that whereas an average bumper repair cost around $1,700 before 2015, today that cost could be double.

Martineau said the new safety technologies may yet reduce claims frequency over the long run, but right now they don’t seem to be reducing accidents in a material way.

“There are parts of those safety features that are useful and we believe are helping reduce the number of accidents,” he said. “But, at the same time, we would have expected to see more of a reduction.”