Driver convicted of failing to yield awarded $151,000 in legal costs

A driver convicted of failing to yield the right of way after turning into the path of a different vehicle has nonetheless collected $30,000 from the other motorist and was awarded an additional $151,000 in legal costs. 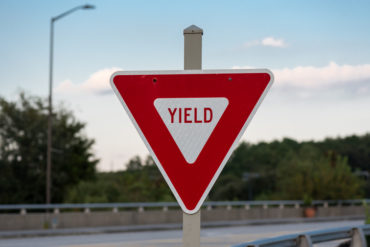 In Duncan v. Taylor, the Superior Court of Ontario considered the case of Ontario motorist David Duncan, who was catastrophically injured in a collision. Duncan sued Charles Taylor after Duncan “made a left turn from a side street onto a through street directly into the path” of Taylor’s vehicle, Justice Bryan Shaughnessy wrote in a ruling released Dec. 15.

Duncan went into cardiac arrest while in hospital and was found to be catastrophically impaired. He settled with his accident benefits provider for $385,000 and has since resumed working, but at a lower income.

Duncan sued Taylor for general damages and loss of income. They settled for $30,000 this past October.

Justice Shaughnessy’s Dec. 15 ruling sorted out how much Taylor owes Duncan in lawyers’ fees and disbursements up to Oct. 6, the date of Taylor’s offer to settle with Duncan.

“The case was not unduly complex and having three lawyers plus a law clerk working on the file appears to be excessive when one considers the obvious liability hurdle from the date of the accident,” Justice Shaughnessy wrote. The judgment notes that a “significant amount” of Duncan’s legal fees were to defend himself from Highway Traffic Act charge.

A forensic engineering report concluded that Taylor was travelling 48 to 66 km/h in a 60 km/h speed zone prior to the collision, and estimated that Taylor had three to four seconds to react to Duncan making a left turn into traffic.

Taylor had gone before a different judge seeking summary dismissal. But the court at that time ruled there was “conflicting evidence” as to whether Taylor was speeding and whether Taylor “had the last clear chance to avoid the accident.”

Ontario’s tort system “is confrontational, time-consuming, involves the cost of legal counsel and experts, and ties up negotiating time if settled out of course or court time if cases go to trial,” wrote David Marshall, a special advisor to Finance Minister Charles Sousa, in a government-commissioned report released April 11.

“The current process for tort claims follows procedures in the court system developed over many years for all kinds of claims, some of which are highly complex,” Marshall wrote. “Auto insurance tort claims, while numerous (about 15,000 to 17,000 a year) are relatively straightforward. The issues in dispute recur frequently and seldom involve complex issues of law.”

3 Comments » for Driver convicted of failing to yield awarded $151,000 in legal costs