Widespread adoption of autonomous vehicles will completely transform the motor insurance sector in the long-term as liability shifts towards manufacturers and the traditional risk pool shrinks, Fitch Ratings said in a new report on Wednesday. 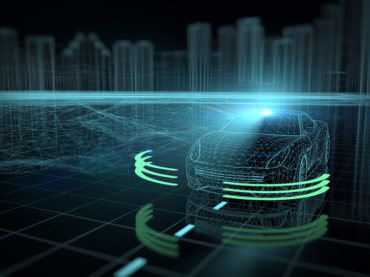 Simply put, insurers will be forced to diversify in search of other profit sources and some of those that fail to adapt will disappear, Fitch said in a statement. But this change will take many years and the transition will create new opportunities in the sector, especially for firms that can take advantage of a massive increase in data to price risk more accurately, said the report, titled Driverless Cars to Transform Motor Insurance.

The question of who is liable in the event of a crash involving an autonomous vehicle will be fundamental to the future of the motor insurance industry. “As the transition progresses, we expect to see risk coverage shifting from personal motor insurance policies to commercial product liability,” Fitch said in the statement. “Early indications of this trend can be seen in the [United Kingdom’s] regulatory proposals, which would require compulsory motor insurance for self-driving vehicles but would enable the insurer to reclaim costs from the manufacturer if a crash was caused by technology failure.”

This long-term shift could be exacerbated if the move to driverless cars and the rise of the “sharing economy” result in less individual car ownership, as a smaller overall motor fleet would reduce the risk pool for insurers.

However, Fitch believes it will take at least a decade before these effects become notable and far longer for a full transition. Over the next 10 years, the most notable effect in the insurance industry will be a reduction in claims frequency due to the increased use of semi-autonomous driver aids such as emergency braking systems, the ratings firm predicted. This should put downward pressure on insurance prices, although it will be partly offset by higher repair costs.

The report also notes that the gathering and analyzing of driving data from autonomous vehicles will play a key part in the development of insurance products. Recorded data could provide underwriters and actuaries with greater ability to understand and price risks, while data sharing between the manufacturer and the insurer will be vital for determining who is liable for the cost of compensation. “We believe early movers in telematics technology could be at an advantage here as they have already established processes for handling the large datasets that will be needed,” Fitch concluded in the statement.