Drivers can take up to nearly 26 seconds to resume control from autonomous cars: UK study

Drivers can take up almost 26 seconds to resume control from an autonomous vehicle, a new study from a university in United Kingdom has found. 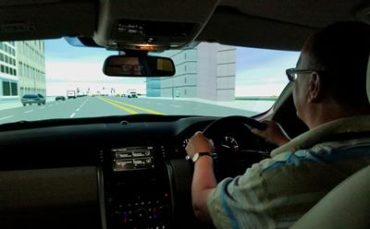 University of Southampton engineers Professor Neville Stanton and Alexander Eriksson found that under non-critical conditions, drivers needed between 1.9 and 25.7 seconds to take control from automation, the university said in a press release on Thursday. Such a large range reflects a variety of driver behaviour and environmental conditions.

The two authors of the study – titled Takeover Time in Highly Automated Vehicles and published on Thursday in the journal Human Factors – observed 26 men and women (aged between 20 and 52) engaged in simulated driving at 70 miles per hour, with and without a potentially distracting non-driving secondary task. They recorded response times as the drivers took over or relinquished control of the automated system. A takeover request was issued at random intervals ranging from 30 to 45 seconds during normal highway driving conditions, the release explained.

The study went on to say that “it may be that the time it takes to engage the automated driving system depends on external factors, such as perceived safety, weather conditions, traffic flow rates, presence of vulnerable road users, roadwork and so on. If the driver deems a situation unsafe, or has doubts as to how well the automation would perform in a situation, the driver may hold off on completing a transition until the driver feels that the system can comfortably handle the situation.”

The researchers believe their findings will be important for system designers when considering the lead time needed to take control of a vehicle and suggest the focus shouldn’t just be on the average time needed for a person to successfully switch, but rather on the range of resumption times.

“We hope our findings can guide policymakers in setting guidelines for how much lead time a driver will need when changing in and out of automation,” Stanton said in the release. “The challenge for designers is accommodating the full range of response times rather than limiting parameters to mean or median transition times.”

Eriksson warned that if the lead time for normal non-critical control transitions are decided upon based on data obtained in studies utilizing critical situations, then there is a risk of unwanted consequences. “Too short a lead time, for example seven seconds prior to taking control, as found in some studies of critical response time, could prevent drivers from responding optimally,” he said. “This results in a stressed transition process, whereby drivers may accidentally swerve, make sudden lane changes, or brake harshly. Such actions are acceptable in safety-critical scenarios when drivers may have to avoid a crash, but could pose a safety hazard for other road users in non-critical situations.”