Drivers with fewer than four hours’ sleep had 11.5 times the crash rate of those who slept seven hours or more: AAA

There is a “significantly elevated” risk of a collision if a driver has slept for fewer than seven hours in the previous 24, the AAA Foundation for Traffic Safety concluded in a recent report. 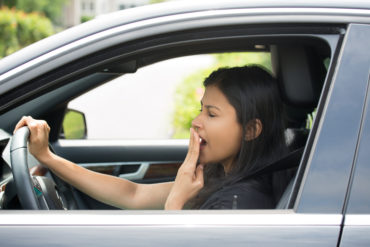 The Washington, D.C.-based AAA Foundation for Traffic Safety released Dec. 6 a study in which it analyzed more than 4,500 collisions that occurred in the United States about 10 years ago.

“Symptoms of drowsy driving can include having trouble keeping eyes open, drifting from lanes or not remembering the last few miles driven,” AAA stated in a release. “However, more than half of drivers involved in fatigue-related crashes experienced no symptoms before falling asleep behind the wheel.”

Those crashes occurred between 6:00 a.m. and midnight and involved at least one car, pickup truck, van, minivan or sport utility vehicle. In all crashes, emergency medical services responded. The collisions were subject to investigations – independent of law enforcement – as part of a special study by the U.S. Department of Transportation. The final sample was of 7,234 drivers in 4,571 crashes.

The results “indicate that there is a significantly elevated crash risk” for drivers who slept for less than seven hours in the previous 24, the foundation said in the report. There is also a higher risk of collision when drivers sleep for one or more hours less than they usually sleep, independent of how much they usually sleep.

The independent investigations of the collisions surveyed “included an assessment of factors that contributed to the crash (errors committed by drivers vehicle mechanical failures, environmental conditions) as well as an assessment of how many hours the driver had slept in the 24 hours before the crash, usually daily amount of sleep, and whether the driver had changed their sleep schedule recently.”

The data on sleep was self-reported, according to the report. That data, in some cases, “may have been inaccurate due to errors in drivers’ memories of recent sleep or due to deliberate misreporting,” the foundation stated. “For example, drivers might have over-reported their sleep to avoid admitting to having committed a behaviour that might be regarded as negligent.”

Sixteen drivers in the survey “reported not having slept at all in the 24 hours before the crash, indicating that some drivers were willing to report extreme levels of sleep deprivation.”