The Supreme Court of Canada heard Thursday an appeal over the admissibility of opinion evidence, in an impaired driving trial, from a police drug recognition expert, as to whether a defendant’s ability to operate a motor vehicle was impaired by drugs. 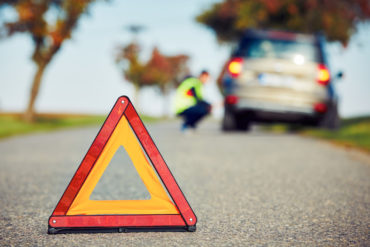 An issue before Canada’s highest court is whether a judge can admit opinion evidence from a drug recognition expert without holding a “Mohan” voir dire, which is a court procedure named after the 1994 Supreme Court of Canada ruling restoring the sexual assault conviction of Chikmaglur Mohan. The court had excluded expert evidence from a defence witness.

Carson Bingley was acquitted twice, by an Ontario court, of operating a motor vehicle in Ottawa while drug-impaired. He could face a third trial, depending on the Supreme Court of Canada’s decision.

The third trial for Bingley was ordered by a lower court after a crown appeal. In a ruling released June 17, 2015, the Court of Appeal for Ontario upheld the order for a third trial. Bingley appealed that order to the Supreme Court of Canada, which has yet to release its ruling.

Bingley was charged with impaired driving in 2009 a vehicle crossed the centre line of Maitland Avenue in Ottawa while travelling southbound. That same vehicle eventually struck another car.

Bingley’s blood alcohol level was within the legal limit but court records indicate he failed field sobriety tests. A police drug recognition expert then conducted tests. Then a urinalysis “revealed the presence of cannabis, cocaine and Alprazolam.”

Section 254 (3.1) of the Criminal Code of Canada gives a drug recognition expert the power to conduct an evaluation of whether a “person’s ability to operate a motor vehicle, a vessel, an aircraft or railway equipment is impaired by a drug or by a combination of alcohol and a drug.”

The DRE has that power when a person is suspected of operating a vehicle impaired by drugs or a combination of drugs and alcohol.

Bingley argued that the “sole purpose of the evaluation is to serve as a precondition to the making of a demand for a bodily fluid sample” under section 254 (3.4).

In the second trial, the DRE opinion evidence was put to a Mohan voir dire.

In a decision released May 22, 2014, Mr. Justice Hugh McLean of the Summary Conviction Appeal Court ordered a third trial for Bingley. Justice McLean ruled that the trial judge in the second trial erred in having opinion evidence from the DRE subject to a Mohan voir dire.

In upholding the order of a third trial for Bingley, the Court of Appeal for Ontario disagreed with Bingley’s argument that the “sole purpose” of a DRE evaluation “is to serve as a precondition to the making of a demand for a bodily fluid sample.”

If Parliament had “intended the DRE’s evaluation under s. 254(3.1) to be used solely as grounds for a bodily fluid sample demand under s. 254(3.4), it could have said so expressly,” Madam Justice Eileen Gillese wrote for the Court of Appeal for Ontario in its unanimous decision.

“A contextual reading” of section 254(3.1) of the Criminal Code of Canada “makes it clear that DRE opinion evidence is admissible to prove the offence without the need for a Mohan voir dire,” Justice Gillese added.

In passing Bill C-2 in 2008, the federal government “created a comprehensive science-based regime for testing and determining a drug-impaired ability to drive,” the Ontario Ministry of the Attorney General said in its factum to the Supreme Court of Canada.

Section 254 (3.1) “permits an evaluation that results in the DRE forming a conclusion – that is, to form an opinion – on the issue of drug impairment,” the Ministry of the Attorney General added. “By its very nature, a conclusion is intended to be acted upon. Conclusions formed following a drug evaluation are meaningless unless they are also admissible as proof of the offence. Consequently, admissibility is an essential component of Parliament’s intent to create the legal framework necessary for an effective regime to combat drug-impaired driving.”

But that section is ambiguous, claims the Canadian Civil Liberties Association, which has intervener status in Bingley’s appeal. CCLA argued in its factum that section 254 (3.1) “is reasonably capable of the opposite interpretation” than the Crown’s.

“Being qualified to conduct an evaluation in the field, for the purposes of laying a criminal charge, is not the same thing as being qualified as an expert for purposes of giving an opinion at the ensuring trial,” CCLA argued.

CCLA suggested that one’s right to a fair trial – under Section 7 of the Canadian Charter of Rights and Freedoms – implies “that evidence admitted in a criminal proceeding must be open to scrutiny before it can be admitted.”

Using the test stipulated in the 1994 Mohan ruling, “a trial judge can scrutinize individual evaluating officers to ascertain whether they are properly qualified for the purposes of offering opinion evidence,” CCLA said in its factum.

In Mohan, the Supreme Court of Canada noted that the “admission of expert evidence” depends on the application of four criteria: relevance, necessity in assisting the trier of fact, the absence of any exclusionary rule and a “properly qualified expert.”