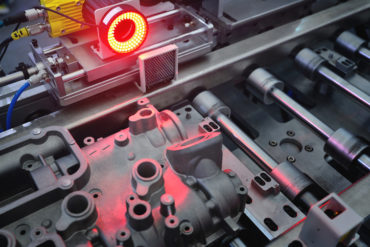 “We have cars with a lot more technology coming into the market and obviously lots of people including Aviva believe in the benefits of [semi] autonomous vehicles,” Somerville added, citing as an example automatic emergency braking. Aviva Canada placed second among Canadian property and casualty insurers when ranked by net premiums written.

Driver-assist technologies help prevent accidents “and, ultimately, injuries,” Somerville told Canadian Underwriter Thursday. “However, until we have a significant portion of the cars on the road with that capability, the cost to repair those vehicles hasn’t caught up with the benefits that we are going to derive from them as an industry and as a society.”

Semi-autonomous vehicles have computer systems that “offer assistance such as emergency braking, intelligent cruise control, and blind spot warnings” wrote Paul Kovacs, executive director of the Institute for Catastrophic Loss Reduction and president and chief executive officer of Property and Casualty Insurance Compensation Corporation, in a paper two years ago commissioned by the Insurance Institute of Canada.

When a collision occurs, the cost to repair a vehicle with automation is “expected to be higher than for conventional vehicles,” Kovacs wrote in the paper, titled Automated Vehicles: Implications for the insurance industry in Canada.

Sensors – such as cameras – that feed information to computers in semi-autonomous vehicles “are only effective when they are located in areas, like the side mirrors, that may be prone to damage, even from minor collisions,” Kovacs wrote.

The sensors on semi-autonomous vehicles include radar, light detection and ranging, ultrasonic and infrared cameras, as well as software that classifies objects, said Edmonton-based lawyer Sandra Corbett during a presentation Feb. 6 a the during the 51st annual joint conference of the Ontario chapter of the Canadian Insurance Claims Managers Association and the Ontario chapter of the Canadian Independent Adjusters’ Association.

This is a concern for Canada’s largest P&C insurer by market share.

“Physical damage inflation remains the main driver” of Intact’s “under performance” in personal auto, CEO Charles Brindamour said Feb. 7, 2018 during Intact’s a conference call with investors.  Brindamour was referring to the fact that Intact’s combine ratio in personal auto was 101.7% in 2017, compared to 99.9% in 106.