Driving while talking on a hands-free phone can be as distracting as talking on hand-held mobile: study 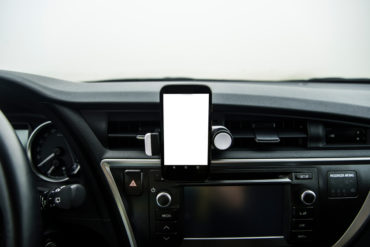 The study, titled Imagery-inducing distraction leads to cognitive tunnelling and deteriorated driving performance and published in the Transportation Research journal, found that drivers having conversations which sparked their visual imagination detected fewer road hazards than those who didn’t. The Brighton, U.K.-based University of Sussex added in a release on Wednesday that the drivers also focused on a smaller area of the road ahead of them and failed to see hazards, even when they looked directly at them.

“This shows the risks of even hands-free phone conversations,” the release said.

The researchers found that conversations may use more of the brain’s visual processing resources than previously understood. Having a conversation which requires the driver to use their visual imagination creates competition for the brain’s processing capacity, which results in drivers missing road hazards that they might otherwise have spotted, the release said.

“A popular misconception is that using a mobile phone while driving is safe as long as the driver uses a hands-free phone. Our research shows this is not the case,” said Dr. Graham Hole, a senior lecturer in psychology at the University of Sussex and one of the study’s authors. “Hands-free can be equally distracting because conversations cause the driver to visually imagine what they’re talking about. This visual imagery competes for processing resources with what the driver sees in front of them on the road.”

Dr. Hole added that the findings have implications for real-life mobile phone conversations. “Our study adds to a mounting body of research showing that both hand-held and hands-free phones are dangerously distracting for drivers,” he said. “The only ‘safe’ phone in a car is one that’s switched off.”

The study, which tracked eye movements, also found that drivers who were distracted suffered from ‘visual tunnelling.’ They tended to focus their eyes on a small central region directly ahead of them, leading them to miss hazards in their peripheral vision. Undistracted participants’ eye movements ranged over a much wider area.

“Conversations are more visual than we might expect, leading drivers to ignore parts of the outside world in favour of their inner ‘visual world’ – with concerning implications for road safety,” Dr. Hole said.

The Sussex psychologists ran two experiments in which participants performed a video-based hazard-detection task. In the first experiment, participants were either undistracted, or distracted by listening to sentences and deciding whether they were true or false. For half of these distracted participants, the sentences encouraged the use of visual imagery (e.g. ‘A five pound note is the same size as a ten pound note’) whereas for the other half, the sentences did not (e.g. ‘Leap years have 366 days.’) All of the distracted participants were slower to respond to hazards, detected fewer hazards and made more ‘looked but failed to see’ errors, meaning their eyes focused on a hazard but they didn’t actually see it. These impairments were worse for the participants who were distracted by imagery-inducing statements, the release noted.

Anything which causes drivers to imagine something visually, including passengers, can interfere with driving performance because the two tasks compete for similar processing resources. “However, chatty passengers tend to pose less of a risk than mobile phone conversations,” Dr. Hole said. “They will usually moderate the conversation when road hazards arise. Someone on the other end of a phone is oblivious to the other demands on the driver and so keeps talking. And talking in person involves non-verbal cues which ease the flow of conversation. Phone conversations are more taxing because they lack these cues.”

In the second experiment, the researchers compared undistracted participants to ones who were distracted by a different visual imagery task. This involved mentally moving around an imaginary grid in response to verbal instructions. Distracted participants were more likely to miss hazards in their peripheral vision due to the ‘visual tunneling,’ the release concluded.

12 Comments » for Driving while talking on a hands-free phone can be as distracting as talking on hand-held mobile: study