When drone damage could trigger a home insurance claim

When consumers fly unmanned aerial vehicles as a hobby, will their home insurance policies cover them for any lawsuits arising from property damage or personal injury caused by the drones? 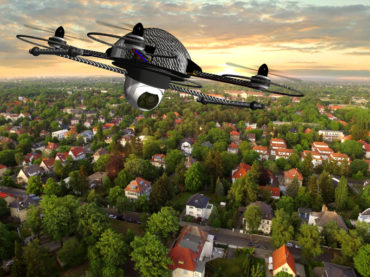 For the most part, aircraft is excluded in the wording of home insurance policies, Christina Polano, partner with Thomas Gold Pettingill, suggested to the 51st annual joint conference of the Ontario chapters of the Canadian Insurance Claims Managers Association (CICMA) and the Canadian Independent Adjusters’ Association (CIAA). She said she had reviewed three homeowners’ policies from carriers that she did not name; all three had exclusions related to aircraft.

“Perhaps a crafty coverage lawyer might argue that the exclusion was intended to make sure that if somebody goes off and flies their private plane and gets in an accident, that’s excluded,” Polano said during the joint conference. “But do [exclusions in home insurance] really mean to exclude a 16-year-old boy who goes and flies a small drone and he accidentally causes injury?”

Transport Canada regulations stipulate that drone operators must have $100,000 in liability coverage for drones weighing more than 250 grams. Polano said $100,000 is “not very much,” given what can go wrong with drones.

Transport Canada has a whole slew of regulations governing drones. Users must make sure they keep their distance from airports and roads; not fly drones into the clouds; and keep the drones in sight at all times.

“These are all wonderful best practices, but if you lose control of your drone, which seems to happen a fair bit, you may intend to comply with this,” but there could still be an accident, Polano suggested. “A lot of injuries are caused by those propellers.”

Her slide presentation included a photo of singer Enrique Iglesias with blood all over his hand and shirt in Tijuana, Mexico in 2015. Iglesias got injured when he reached out and grabbed a drone.

Drones are used by hobbyists, broadcasters, film makers photographers among others, Polano said, adding people fix cameras to them and live stream videos.

One concern is some drones operate on same frequency as WiFi networks, she noted. “It may not be the person who is operating the drone who flies it up into air space but it could be a hacker that interferes with it and then interferes with an airplane,” Polano warned.