With the increasing number of catastrophes across the country, there is general consensus in the industry that resources are stretched thin.

“The industry has a finite number of roofing companies, adjusters and estimators and to gear up to handle many tens of thousands more claims than normal obviously can’t be met by the existing number of people that are available,” Kabir Shaal, vice president of client services with Drone Software Canada Inc., said in an interview this week with Canadian Underwriter. “You can’t always keep under employment enough people to handle 30,000 claims when in a normal year you might have half that number.” 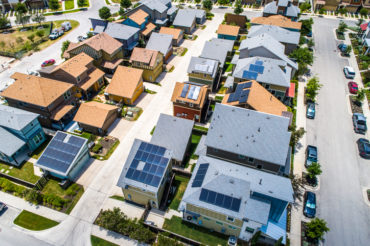 So how does the industry service a large volume of claims or a series of cats? “The way, really, is technology,” Shaal said, pointing to the use of drones and drone operators for roofing claims.

Beginning in early April, Ontario saw a severe windstorm, followed by smaller events and a major windstorm in May. The combined total of these events, Shaal estimated, resulted in between 35,000 and 60,000 claims, and the last three weather events in the province have triggered so many roof claims that some will not be attended to until 2019.

The technology now exists for drones to carry out things like roof inspections by using artificial intelligence and deep learning to collect data and “turn it into something meaningful for a roofer or insurer,” Shaal said.

“I’m not a roofer, but I can carry out and give to a roofer an inspection that meets all the requirements in terms of photographs, measurements, 3D imagery and damage detection – everything that a roofer needs to assess offsite the scope and scale of damage to a roof.”

Shaal estimates that in 80% of jobs, a drone could examine scale of damage, scope and measurements, meaning that a roofer doesn’t have to physically go onto a roof. “There are some jobs for which you do need a roofer to go up; they might be looking for some specific information on the type of shingle, for example, and a drone can’t identify a shingle type yet, though that technology is well on its way to being achieved.”

A drone can, however, automatically detect different types of damage, such as hail damage. “The drone can do it better than most roofers, other than perhaps an expert roofer who’s done this for many, many years and who is an expensive asset to send up on a roof,” Shaal said. He cited published data suggesting that there are on average 60,000 roof damage insurance claims made annually in Canada, with about half representing hail damage.

AI from a drone can even detect damage that a photograph may miss, such as damage in the shadow of a chimney. “AI can see in the dark,” Shaal said, “and is able to pick up damage, even in shadows, because it is not looking at the overall photograph – it’s looking at the pixel level.”

In certain instances – such as a single-storey structure with a gentle slope – a roofer may take less time to assess damage than a drone. But oftentimes a drone is preferable, such as in cases involving steeper, larger or higher roofs. Another factor to consider is that in some Canadian jurisdictions, regulations require two people on a roof.

Shaal reported that a number of clients, including restoration companies, and adjusting and appraisal firms, have already started using drones successfully in their operations.

More News
Related
How the pieces of the puzzle fit together during a catastrophe
Catastrophe event? Where’s the company drone?
Why driving safety tech doesn’t cut claims costs – yet
The trade-off to using artificial intelligence to speed up claims