DuPont and the Chemours Company have announced a nearly US$671 million settlement agreement in connection with personal injury claims arising from environmental releases of perfluorooctanoic acid and its salts (PFOA) from the Washington Works plant in West Virginia. 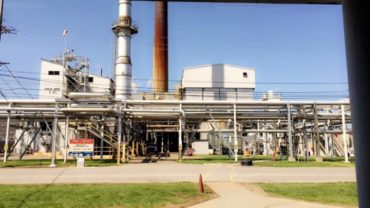 DuPont and the Chemours Company have reached a US$670.70 million settlement following environmental releases of perfluorooctanoic acid and salts from DuPont’s Washington Works plant in West Virginia. Photo: DuPont Facebook.

The Canadian Press reported earlier this week that the settlement related to the DuPont plant near Parkersburg, which dumped PFOA into the Ohio River up to more than a decade ago, contaminating the local drinking water and causing illness and disease, including cancer. Other media reports allege that between the 1950s and 2003, the plant dumped, poured and released the product into the river. DuPont, which is known for developing polymers such as Teflon and Kevlar, discontinued PFOA operations at that plant more than a decade ago.

PFOA, also known as C8, is used to make Teflon.

Chemours, a global chemistry company with market positions in titanium technologies, fluoroproducts and chemical solutions, announced an agreement with DuPont on Monday. The agreement resolves all indemnification obligations between Chemours and DuPont for all of the approximately 3,500 claims in the Ohio multi-district litigation, Chemours said in a press release.

Under the terms of the agreement, both companies will each pay US$335.35 million of the US$670.70 million global settlement amount. DuPont’s payment will not be subject to indemnification or reimbursement by Chemours.

“The settlement is not in any way an admission of liability or fault by DuPont or Chemours,” the release stressed.

To address potential future PFOA costs not covered by the global settlement, during each of the five years following the effectiveness of the settlement, both companies have agreed that Chemours will annually pay the first US$25 million of any potential future PFOA costs. If that amount is exceeded, DuPont will pay any additional amount up to US$25 million annually and Chemours will annually pay any further excess liabilities.

DuPont noted that the settlement encompasses all claims pending in the multi-district litigation, including those matters for which jury verdicts have been rendered.