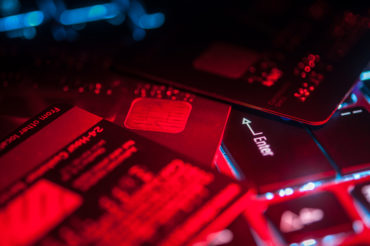 PwC’s Global Economic Crime Survey 2016, released on Tuesday, was conducted through an online survey of 6,337 respondents across all industry sectors in 115 countries. Respondents came from the banking and capital markets, insurance, consumer, technology, industrial and professional services sectors. Forty-five per cent of the respondents are board level, 30% are heads of department/business units; 59% of all respondents were from multinational organizations.

“It means the industry has not managed to substantially reduce the level of reported economic crime for seven years, despite their level of investment in compliance outpacing the wider business world,” PwC said in the release. “The cost impact of crime has also increased with 46% of those experiencing losses valuing them at up to US$100,000 for every crime (40% in 2014), and almost a quarter (24%) experiencing losses between US$100,000 – US$1 million (23% in 2014).” 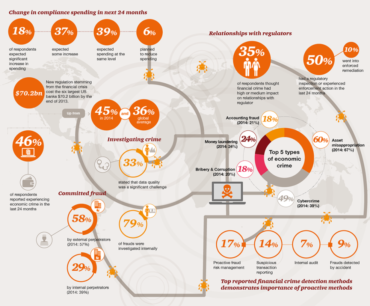 Tackling economic crime and proving positive intent to regulators has often meant the financial services sector spends more on compliance, PwC said, but the increased spending has not resulted in less economic crime. “Financial services organizations have struggled to join the strategic dots across the growing volume, sophistication and variety of economic crime,” the release said.

Among the report’s findings:

“New thinking is needed to make investment in compliance deliver value and to tackle economic crime more effectively,” said Andrew Clark, PwC’s Europe, Middle East and Africa financial crime leader. “There is a need, across the industry, for new approaches and technologies to more effectively target areas of greatest risk.  Culture has been an area of focus in the wake of the financial crisis and this needs to continue to more firmly embed compliance behaviours into the heart of organizations.  Regulators also have a key role to play – keeping rules up to date with developing technologies and encouraging innovative ways to tackle crime.”