While the insurance industry in the United States is well-capitalized and market sentiment is mostly positive, there is still evidence of economic and market-based headwinds that will challenge profitable growth, a new report from Guy Carpenter has suggested. 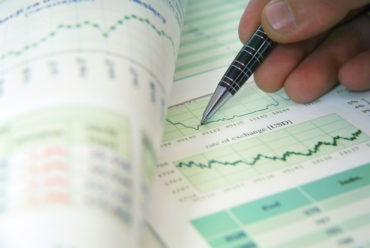 In the 2017 edition of its annual report, Plotting a Path in a Changing Market, the global risk and reinsurance specialist and wholly-owned subsidiary of Marsh & McLennan Companies focused on risk and performance of U.S. property and casualty insurers. The study outlined a “dynamic insurance industry facing a changing economy and pressure in once-stable lines, but with opportunity for those with management skill and understanding of risk,” Guy Carpenter said in a press release on Monday.

“On the surface, 2016 represented a record-setting year for the P&C insurance industry, with surplus reaching its highest level in history. Rate reductions continued to moderate, and there was optimism following the 2016 election given the potential for tax cuts and deregulation,” Tim Gardner, president of North America for Guy Carpenter, said in the release. “Yet red flags remained, and a closer look at the individual metrics contributing to growth in surplus revealed interesting trends.”

According to the report, emerging risks, catastrophe frequency and severity and shifting capital needs all contributed to a 0.4% industry underwriting loss in 2016, the first calendar year underwriting loss since 2012. Reduced margins and adverse development reflect a competitive environment supported by excess capital levels, the release said, adding that direct written premium growth slowed and higher realized and unrealized capital gains were skewed by the performance of some large companies who use underwriting cash flow to fund investments.

Guy Carpenter reported that the average large P&C carrier saw its accident year loss ratio increase by 2% from 2015. The auto segment posted losses due to both frequency and severity shifts. As well, only 10 and 30 of the top 100 personal auto and commercial auto writers, respectively, made an underwriting profit in 2016.

“The personal auto losses came to a line normally considered the cornerstone of profitability,” the release said. The industry’s accident year loss ratio increased from 62% in 2013 to 67% in 2016, and its 10-year run or favourable prior period development ended. “The personal auto losses forced smaller companies to rethink strategy and mix of business as the large writers continued to engage in the predictive modelling and marketing war,” added Julia Chu, managing director at Guy Carpenter.

The report is produced through Guy Carpenter’s ongoing “‘insurance risk benchmarks’ analysis of vast amounts of market data.” In addition to the report, the Risk Benchmarks Statistical Supplement provides a more detailed trend, state and market segment data for actuaries and capital modellers and is available to clients upon request.