Economic risks of returning to normal too quickly

Returning to some sort of normalcy is still some time away, according to one economist. And rushing to do so would likely be worse than waiting.

It’s best, experts argue, to wait for public health officials to give the green light to return rather than governments forcing businesses to re-open when dangers are still present.

“The only way we get out of this is together; and by together, I mean all of us,” Francis Fong, chief economist with the Chartered Professional Accountants of Canada. “Go to work and all coming back — if not at the same time, then in stages. That’s what’s needed here.

“Being self-isolated and businesses being shut down for a short period of time, or however long this thing takes, if that’s what’s needed, then that’s the only way I see out of this. If we follow the recommendations of health experts and stay home when we need to, then all of us can go back to work when this thing is over.” 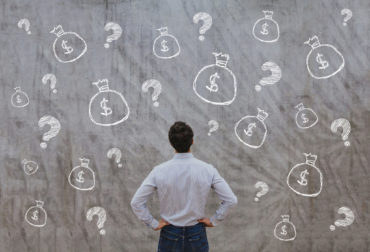 Businesses eager to re-open and that go against public health recommendations or government mandates may not see much benefit, he told Canadian Underwriter.

Joel Baker, CEO of MSA Research, wants to see medical advancements first before we get excited about re-opening the economy.

“We have to look to science and human ingenuity to get us out of this ditch,” Baker told Canadian Underwriter. “Absent medical advancements, it would be good to see continued lock-downs across the world when warranted. Restarting economies willy-nilly, without testing and medical backup, is like piling onto the Titanic.”

Fong agreed that public health will dictate the return of the economy. If a vaccine becomes available tomorrow, for example, a quick return can be expected. “But if not, and it’s really just the infection rates have died down [and] we’ve flattened the curve, there still might be a lingering fear and people still might choose to self-isolate if they still feel vulnerable,” he said.

Fong wondered whether the economic reward would be worth the risk of jumping back into business too early.

“This is obviously the most widespread economic shutdown that’s policy-driven that we’ve seen in our lifetime,” he said. “Bar none. It’s not even close. Considering that context, if some portion of the population were to kind of ‘risk it’ and jump back in and start re-opening, hiring people back and wanted [customers] to come back and all that, I’m not certain that’s going to make that much of a difference, considering the scale of this thing. I don’t see some people going back to work and risking it as making a huge difference.”

Even if doors are allowed to re-open, don’t expect a huge surge into the economy, Fong warned. “Let’s say businesses are allowed to re-open: That doesn’t mean cash-flow issues reverse immediately. Given what we’re hearing from government in terms of re-opening the economy in stages, I think it’s going to be a long time before we see businesses return to completely normal function.”

The real question is how consumers would respond to re-starting the economy, said Fong. 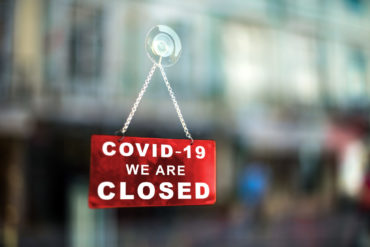 “How will consumers respond to all of this? Is there still going to be a lingering fear of COVID-19 after all this is over? Do we have a vaccine at that point?”

Fong said economists will be looking at a number of indicators to determine whether the financial picture will get better upon a phased-in return of the economy.

“Then I start to worry about corporate vulnerabilities,” Fong said. “More broadly, economics-wise, I would be looking at things like data on mortgage delinquency rates or consumer delinquencies more broadly. Those are definitely some things we should all be looking at, simply to keep track of the health of the household sector to see what issues are popping up there.”

Fong will be tracking each industry as they begin to re-open to assess economic recovery. For example, once the border re-opens, he’ll look at trade data and oil prices. And while GDP numbers may scare people — such as data from the Parliamentary Budget Office that predicted a 25% annualized contraction in the second quarter of this year; plus some global predictions suggest that GDP numbers could resemble those of the Great Depression — it’s not the only area experts will rely on to judge the state of the economy.

More News
Related
What Canadian P&C industry fears the most about the pandemic
Should the hard market run its course through COVID-19?
How insurance will be hurt by a lagging economy