How the economy could spell trouble for insurance 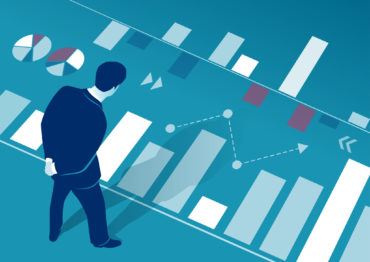 As the economy goes, so does the insurance industry. But what happens where things aren’t necessarily taking off, but not falling by the wayside either?

Business leaders are increasingly hopeful about the economy. A recent quarterly survey released by the Chartered Professional Accountants of Canada found that 31% of leaders are optimistic, up from 22% in the first quarter of 2019. Still, 44% sat in the middle, saying they were uncertain.

Craig Pinnock, Northbridge Financial Corporation’s chief financial officer, points to reasons for optimism. Canada has signed on to a pair of important free trade agreements in the last few years. The Comprehensive Economic and Trade Agreement was made with the European Union and the Comprehensive and Progressive Agreement for Trans-Pacific Partnership included 11 countries such as Australia, Japan, Singapore and Mexico. On the table is the new U.S.-Mexico-Canada Agreement that is set to replace NAFTA once ratified.

That should benefit businesses and, in effect, P&C companies, Pinnock told Canadian Underwriter. Increased business activity can be expected as a result of these agreements, boosting bottom lines across the board. The insurance industry stands to benefit because, as Pinnock explained, whether it’s a small business, a construction company or a mining firm, they all need insurance. When they’re making money, they’re making sure they’re fully covered by obtaining more optional coverages.

If expansion is on their mind, extra insurance to cover the added exposure is also on the table. Furthermore, when premiums are tied to employee counts, a strong economy with more people employed means more money flowing into the insurance industry.

“When the economy is doing well, there’s an investment component that is embedded in an insurance operation,” Pinnock added, noting that increased revenue through investment means other costs can stay down. “A positively working economy helps in keeping premium costs down because it’s a revenue stream.”

It is possible for government actions to have a negative effect on the economy. An example would be tariffs that have been imposed by various countries around the world. The United States imposed tariffs on numerous trading partners like Canada, China and Europe, beginning shortly after U.S. President Donald Trump took office. Canada implemented its own retaliatory tariffs. The imposition of tariffs to hold up the free flow of goods across borders adds up to a potential slow down in economic production.

“So that would have an impact on businesses, which then will trickle down to the insurance demand side, primarily,” Pinnock said.

Companies naturally cut back on costs during economic slowdowns, and insurance is an area in which they look to save money.

“When the economy is down, businesses in general have less to spend on expenses as a general rule,” Pinnock said. “Insurance — or certain components of it – can be seen by some as semi-variable,” Pinnock said. “Will there be a slightly diminished demand for insurance? The answer is yes when you have a down economy.”

Commenting on today’s uncertain economic climate, Pinnock says he is less concerned about the fortunes of leading industries like construction and mining, since they are deeply entrenched domestically. It’s the external forces that can shift things.

“Transportation is one that could be impacted if you have fewer good and services moving cross border,” he warned. “That would mean a diminished revenue side, so you may have to plan for lower expected revenue streams.”