Economical Insurance has “overwhelming support” from policyholders to demutualize. This is the result of the third and final policyholder vote, held Thursday.

“We expect to be a public company by the fall of this year,” Economical Insurance CEO Rowan Saunders said in an interview with Canadian Underwriter after the vote.

This means that Waterloo, Ont.-based Economical Insurance will cease to be a mutual and begin trading later this year on the Toronto Stock Exchange. It will be the first Canadian federally-regulated property and casualty insurer to demutualize. Four major life insurers demutualized in 1999-2000 but regulations allowing P&C demutualization did not get passed until 2015.

Economical announced that 97% of eligible policyholders voted in favour.

Anyone who had a mutual or non-mutual policy with Economical in November 2015 was eligible to vote in Thursday’s webcast.

“There are some approvals still required, which we are working through with the [federal] minister of finance’s office as well as OSFI [the federal Office of the Superintendent of Financial Institutions] and the appropriate securities regulators. That process is ongoing, but we expect to complete the demutualization and listing as a public company before the end of this year,” said Saunders.

After Economical starts trading publicly, there will be a two-year period during which no individual or corporation is permitted to hold more than 10% of shares without permission from the federal minister of finance. Even with the finance minister’s approval, no single person or company could hold more than 20% of Economical shares during that two-year period following initial public offering (IPO) of stock, Saunders said. 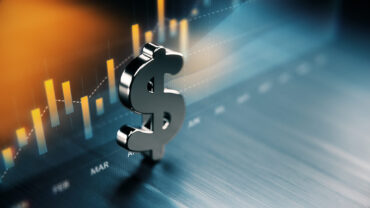 But nothing precludes Economical from potentially making its own acquisitions after the IPO.

“One of the primary reasons for becoming a public company is to be able to access capital markets and be able to fulfill our strategic ambitions sooner than we could otherwise,” Saunders told Canadian Underwriter.

He went into some detail on exactly how demutualization lets Economical raise cash.

“If you think about a mutual company today, in order for us to grow the net assets of the company, it has to come from retained earnings — your annual profits. So it is a long, slow process to build up your capital. When you have access to the capital markets, there is a number of financial instruments that you can issue, such as common equity, preferred shares, and you can introduce debt into your balance sheets. All of those can help a public company gain an influx of cash that they can use for expansion, for acquisitions, et cetera.”

Economical could raise further money to invest more in its direct-to-consumer insurer Sonnet and its Vyne technology for its broker partners.  It can also invest in growing its commercial lines business.

“We have recently established a surety team. We are growing in our directors and officers insurance. We have an energy property unit. Those are good examples of where we are building out our specialty business, including new emerging segments like the sharing economy,” said Saunders, referring to Economical’s deal announced in 2020 to insure Uber Rides and Uber Eats trips in Alberta, Ontario, Quebec, and Nova Scotia.

With Economical, both mutual and non-mutual policyholders will get some financial benefit from demutualization but the exact amount will not be known until the IPO.

An Economical proposal released in 2018 calls for 20% of demutualization benefits going first to eligible mutual policyholders, of which there are 878. Another $100 million would go to a charitable foundation, and the remainder would be distributed among eligible non-mutual policyholders.

“This is a large-scale, wealth-generating event for those 630,000 eligible policyholders,” said Saunders. “But we can’t really speculate on what the valuation would be until the actual IPO. There is a process in which the company will be priced as we work with our bankers closer to the IPO, and a number of factors influence valuation, such as the capital market conditions at the time, the outlook for the company, the company’s performance, comparisons to peer company valuations, et cetera. So that precise number won’t be known until the actual IPO.”